Boys Like Girls is coming back to Manila in April! 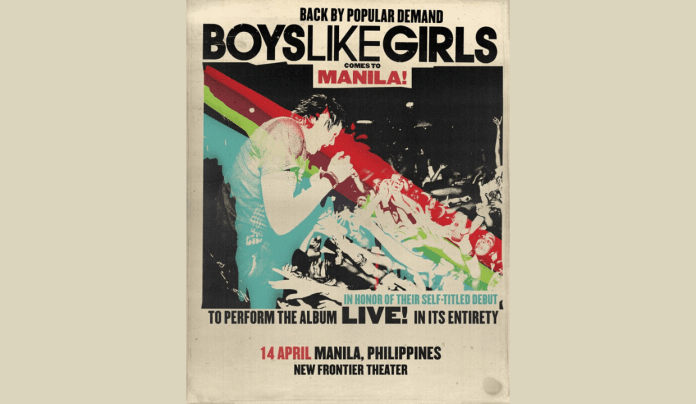 Pop-punk band Boys Like Girls is coming to Manila to perform the entirety of their self-titled debut album from 2006 on April 12.

“Manila. It’s been a long while since we’ve had our eardrums burst from your screaming. We are coming back on April 16. Hear you soon. Tickets on sale Monday,” the band wrote on their Twitter page.

The group will perform some of their greatest hits –  Thunder, Hero/Heroine and The Great Escape from their album that launched their career.

Ticket selling will be on Monday, February 10, at 12nn via Ticketnet.