Billie Eilish is coming to Manila! 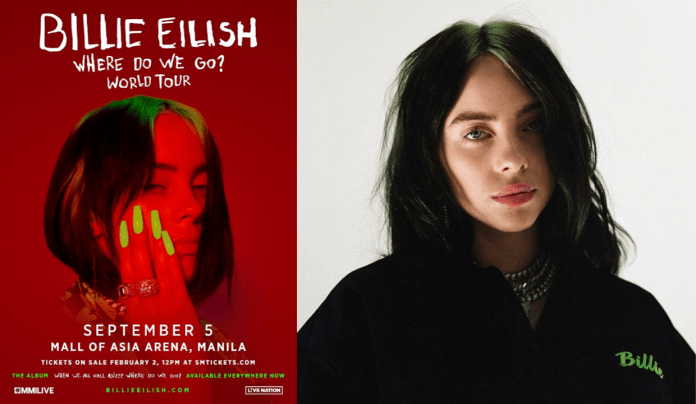 This is everything we wanted.

American singer-songwriter Billie Eilish is bringing her Where Do We Go World Tour to Manila on September 5 at the Mall of Asia Arena. This will be her first time performing for her Filipino fans live.

The 18-year-old global chart-topper will be performing her hit songs — Bad Guy, Everything I Wanted, When the Party’s Over, and more.

Billie announced the Asia leg of her tour early today on Twitter.

She released her debut single Ocean Eyes, written by her brother Finneas, in 2015. Since then, her career took off bringing forth her first album When We All Fall Asleep, Where Do We Go?.

According to concert promoter MMI Live, tickets to her Manila concert go on sale on February 2 via SM Tickets outlets or smtickets.com.