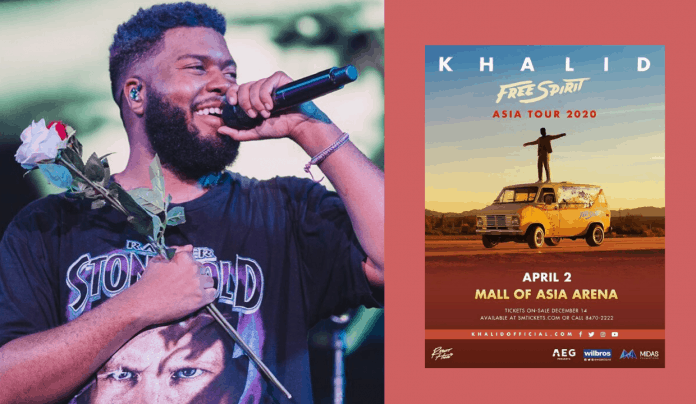 Khalid is coming back to Manila!

Wilbros Live has just announced American singer-songwriter Khalid is coming back to Manila for his Free Spirit tour.

Last November 2, 2018, the 21-year-old performed at the Araneta Coliseum where he sang his Grammy-nominated hit Location.

The local events promoter revealed that the man from El Paso is will be performing at the Mall of Asia Arena on April 2.

Tickets go on sale on December 14.