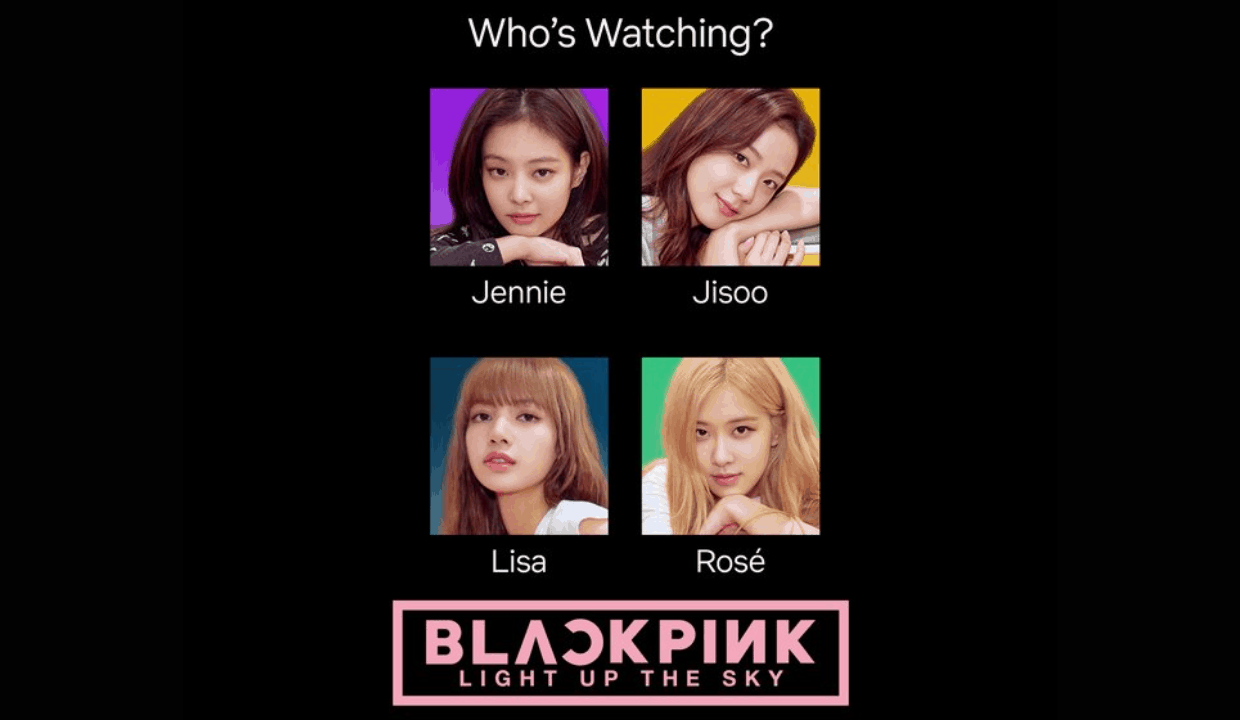 Blackpink’s docu-series to premiere on Netflix in October

Blackpink is set to debut their own documentary on Netflix which marks the first-ever K-pop docu in the streaming giant.

Netflix on Wednesday announced that Blackpink’s Light Up the Sky, an “all-access documentary about one of the world’s most popular groups,” will premiere globally on October 14!

According to Netflix, the film interweaves exclusive interviews with never-before-seen footage of members Jisoo, Jennie, Rosé and Lisa, from their trainee days to the global sensations they are today.

“Viewers will get a first look into the recording process of the band’s follow-up album, which depicts the highs and lows of being a K-pop idol group, and showcases each member’s incredible talent that when combined, creates the uniquely trailblazing DNA of Blackpink,” the media statement added.

The docu ends with their historic 2019 Coachella performance, where they were the first K-pop girl group to take on the Coachella stage.

“We look forward to sharing our story with Blinks around the world through our Netflix documentary, and we hope this work will bring joy to viewers,” said Blackpink in YG Entertainment statement.

The documentary drops days after the release of the group’s upcoming full length album on October 2. It is directed by Caroline Suh, director of the Netflix docuseries Salt Fat Acid Heat, and produced by RadicalMedia.

5 things why Kingdom: Ashin of the North is worth...