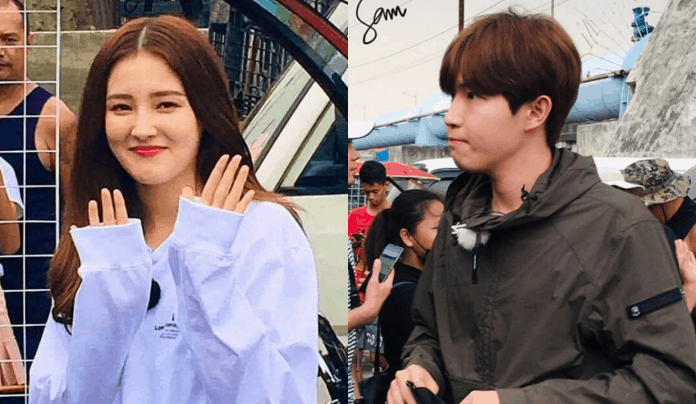 Nancy Jewel McDonie of Momoland and Wanna One’s Kim Jaehwan were spotted filming in Manila for Korean reality show Law of the Jungle on Friday.

In a tweet by ABS-CBN reporter MJ Felipe, Nancy along with other Korean artists also participated in a clean-up drive in Manila Bay.

Alex Chang of Philippine Broadcasting Production had earlier looked for volunteers who would be able to join the KPop artists in the clean-up drive.

In a video shared by her fans on social media, Nancy could be seen interacting with her fans, while other Merries danced to Momoland’s latest single Thumbs Up.