How do Miss Earth 2019 beauties get pageant-ready? 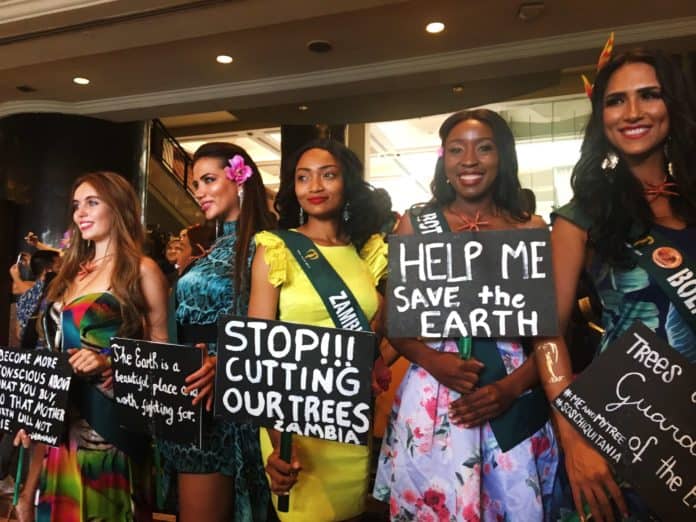 Miss Earth, the environmental-themed beauty pageant, kicked off on October 2 at the Diamond Hotel. Eighty-five delegates from all over the world introduced themselves and their environmental advocacies.

This year’s competition will celebrate the flowers of the world, with each delegate representing the national flower of her country.

The pageant also advocates awareness for the fires in the Amazon with their #MEandmytree campaign.

Since the Miss Earth competition is one of the largest beauty pageants in the world, it’s important that its delegates are more than prepared to jump through hoops to win the crown.

For Miss Earth USA Emanii Davis, preparing for a pageant is a “mental thing.”

“I think it’s just about being yourself and having a good time so that’s what I plan to do,” she said.

Bolivia’s Fernanda Pereira, on the other hand, said that it’s more than the mental preparation. She also goes to the gym twice a day and practices walking in high heels.

“I started watching all the other pageants from last year and years before that,” she added.

France’s bet Sonate Terrassier, meanwhile, shared that she will be dancing for the talent portion of the pageant. She admitted that she’s used to dancing with a partner so she’s been preparing hard for her solo contemporary performance.

For her part, Miss Earth England Stephanie Wyatt said it’s all about the heart.

“It really has to come from the heart. So I would say not a lot of preparation goes into it, if you believe your advocacy, like me it’s been running through my veins since my childhood so I think you don’t have to prepare if it’s from the heart.”

Meditation is key for Miss Germany. Since this is her first pageant, she said she tries her best to meditate to be able to connect with Mother Earth better.