Kim Chiu ‘did not commit any violation’ with viral dance video, says MMDA 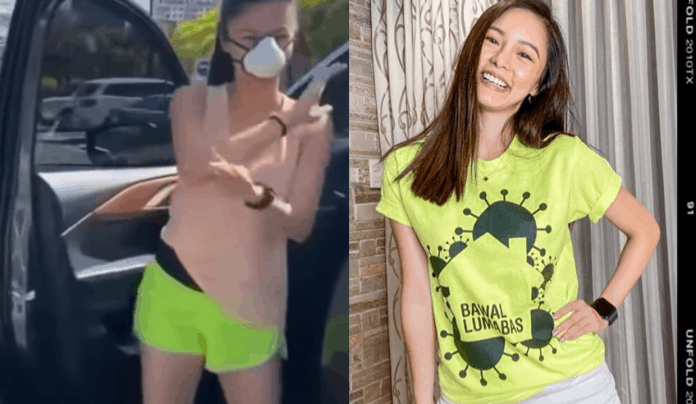 The Metropolitan Manila Development Authority (MMDA) said that Kapamilya star Kim Chiu did not commit any traffic violation with her viral Bawal Lumabas dance video, which the online community alleged was shot in the middle of a traffic jam in EDSA.

“Kim initiated the meeting where she explained that the controversial video was not taken along EDSA but in a parking lot adjacent to a road. Kim also clarified that the car is not moving when the 5-seconder video was taken,” stated Star Magic.

“MMDA accepted Kim’s explanation and although SHE DID NOT COMMIT ANY TRAFFIC VIOLATION with her act, GM Garcia still reminded her to always adhere strictly to traffic rules and regulations,” added the artist management arm of ABS-CBN.

Kim, on the other hand, thanked Garcia for sparing some of his time to “clear both sides to that fake news that is going around social media.”

“It is clearly stated that NO VIOLATION was done. To people, please stop spreading fake news. This is a hard time for all of us. Ang daming pinoproblema ng MMDA ngayon,” said Kim in a Facebook post on Thursday.

She also reminded that there are other matters that the public should pay attention to “rather than spreading false stories”.

“GCQ na, there are people who need proper information and not fake news. Mas maraming balita po ang mas kailangan pag tuunan ng pansin rather than spread false stories and call the attention of the MMDA,” she said.