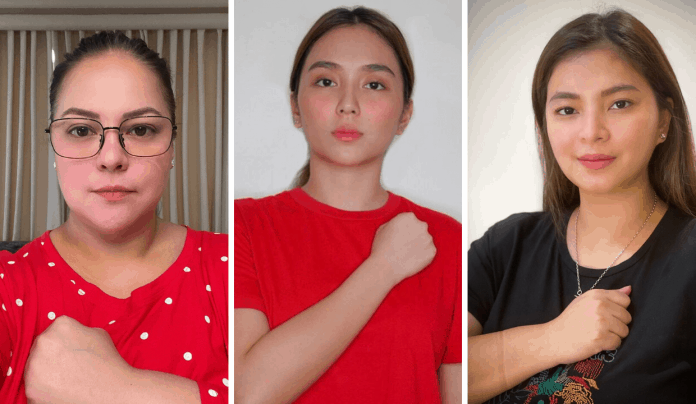 On Wednesday, the House of Representatives approved on second reading a bill that seeks to grant ABS-CBN provisional franchise until October 31 this year.

House Speaker Alan Peter Cayetano, the sponsor of House Bill 6732, said in his sponsorship speech that the bill will give the House and the Senate adequate time to “hear the issues being raised for and against the renewal, and assess, with complete impartiality and fairness, whether or not the network shall be granted franchise for another 25 years.”

Just moments after the ABS-CBN provisional franchise bill was filed, Kapamilya celebrities expressed their gratitude to those behind it.

After thanking the Congress, Vice Ganda asked the “madlang people” to continue praying for the best to happen.

Angel Locsin thanked those in Congress for giving them “a fair chance in court without shutting us down.”

“Praying that the outcome will favor the Filipino people and enabling us to help during this crisis,” she wrote.

Magandang Buhay host Karla Estrada said she is also thankful for the “fair” opportunity given to the network.

Box-office queen Kathryn Bernardo also broke her silence regarding ABS-CBN’s shutdown. The actress quoted her famous line from Hello, Love, Goodbye that said choice is only for the rich.

“After a week of thinking, I shot this last night as a response to the shutdown. Right now, thankfully, Speaker Cayetano files a bill granting ABS-CBN provisional authority. Here’s to hoping things get better from here.”

The bill has yet to be approved on the third and final reading before it is transmitted to the Senate.