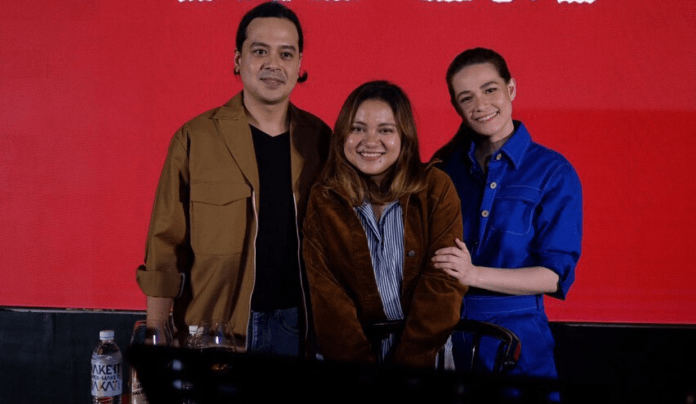 Still reeling from their reunion, the Kapamilya actress took to Instagram to express her joy to be on stage with the director and her former love team.

“It was a beautiful evening. The air was crisp, it didn’t feel like it was a busy Friday night, it almost felt like the holiday again. We went there unannounced with a few of our friends who opted to spend their Valentine’s with us,” she wrote.

The two last teamed up in 2015 film A Second Chance, the sequel to One More Chance directed by Cathy Garcia-Molina.

The actor took a showbiz hiatus in 2017 to attend to “personal matters” with then girlfriend Ella Adarna who eventually gave birth to their son Elias.

John Lloyd is currently preparing for his big screen comeback via Servando Magdamag, a film directed by Lav Diaz and written by Ricky Lee.