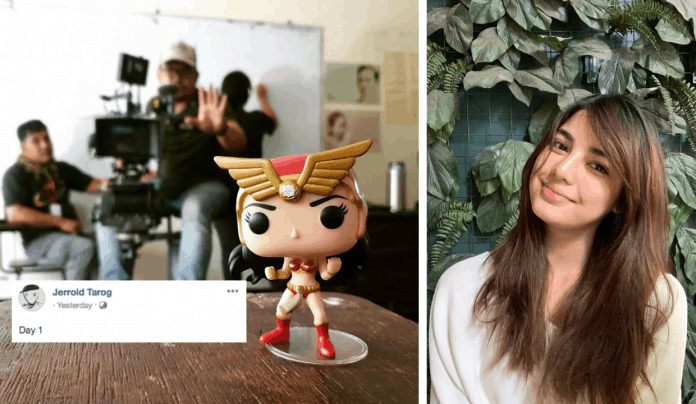 He shared a photo of a Darna figurine with a camera in the background. Jerrold captioned his post: “Day 1.”

In July 2019, ABS-CBN broke the news that young actress Jane de Leon will be replacing Liza Soberano for the role of the Pinoy superhero. The latter backed out after suffering a finger injury while filming another teleserye, Bagani.

After acquiring the coveted role, Jane has been training hard to fit the physical requirements of the character.

Late 2019, the actress declared she will start uploading more of her preparations for Darna on her social media.

Just recently, Jane showed off her acting skills in an episode of Maalaala Mo Kaya, where she played Nesh Petecio, a Filipina boxer.

In October 2018, Jerrold was announced as the new director of Darna, replacing original director Erik Matti who reportedly quit due to “creative differences” with the film outfit.

Liza Soberano urges public to get vaccinated against COVID-19

Liza Soberano registers to vote for the first time