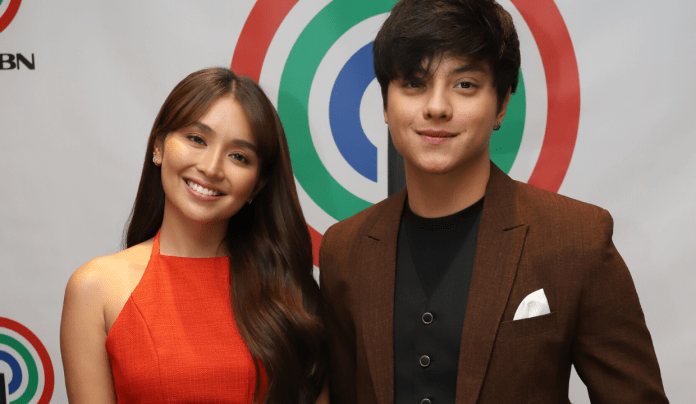 Reel to real couple Kathryn Bernardo and Daniel Padilla continue their stay at home network ABS-CBN with the renewal of their contract yesterday, January 15.

Daniel expressed his happiness for the network’s continued trust in them. “Very happy and very thankful that ABS-CBN still trusts us the same way we trust it. We’re very happy, blessed, and excited for the things in store for us,” he said.

After their short break working on projects separately, the box-office couple were excited to share details on their upcoming teleserye, Tanging Mahal.

“It’s going to be something fresh, especially that we have waited for this to happen again. I think that the fans are really excited to see us work together again, and personally, we are excited for this too,” Daniel said.

He is not only working on his teleserye comeback with Kathryn, Daniel is also preparing for his upcoming film with ABS-CBN executive and veteran actress Charo Santos-Concio titled Whether the Weather is Fine.

As for Kathryn, she shared how happy she was from the support her new YouTube channel, Everyday Kath is receiving. In just a few weeks after its release, her channel has already collected nearly a million subscribers (READ:#EverydayKath: Kathryn Bernardo launches her own YouTube channel).

“I’m happy. More than the subscribers, I’m more delighted towards the comments that we receive because we do not know that a simple glimpse into our personal lives would have a positive effect on them,” Kathryn said.

The two also have a comeback movie that their KathNiel fans should watch out for.