‘Let’s not get ahead of ourselves’: Tony Labrusca on a possible romance with Julia Barretto 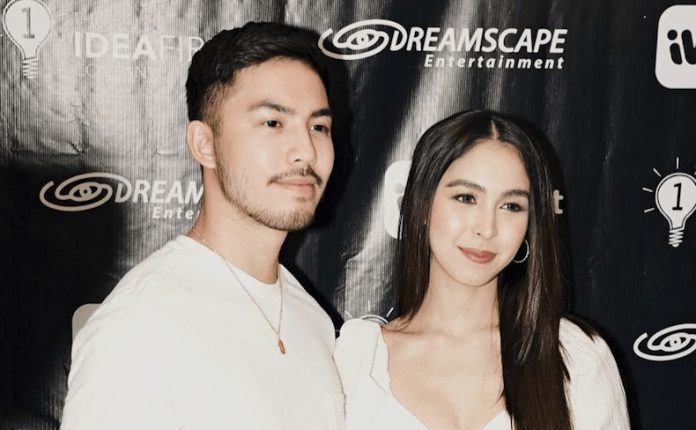 Tony Labrusca said it has always been a dream of his to work with Julia Barretto when asked how it was working with the actress on their iWant series I Am You. However, the actor became elusive at the thought of a budding relationship with Julia.

“I would love to be friends with her. Let’s not get ahead of ourselves,” he said during his interview on the talk show Tonight With Boy Abunda.

The two were caught up in major controversies this year. In January, Tony was caught yelling at an immigration officer for being given a 30-day visa while Julia was caught in the breakup drama of celebrity couple Gerald Anderson and Bea Alonzo. Her family’s feud, following her grandfather’s death, also made headlines.

“I feel for Julia. I think people forget that me and her are just people, just like everybody else. Mayroon din kaming feelings. Minsan umiiyak, minsan masaya. I mean we’re just normal human beings,” he said.

“Nung nakita ko pa siya, I kinda took time and I wanted to be, in the most respectful way, tinatanong ko siya kung how is she, how is she coping with everything,” he added.

Tony admitted he is inspired by her love for her family and even said that Julia’s future husband is a “very lucky man.”