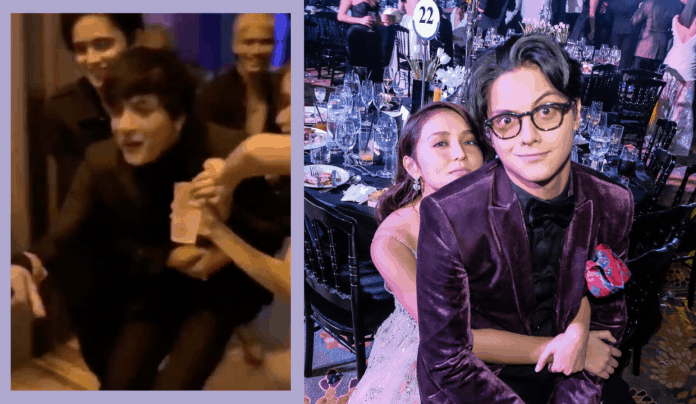 Listen up KathNiel and JaDine fans, Daniel Padilla finally spoke up on his viral video with James Reid!

Last month, a video of James Reid carrying Daniel Padilla to the dance floor went viral. Fans were amused with the never-before-seen interaction between the Kapamilyas favorite leading men.

The rare moment proved that there is no bad blood between the two despite their perceived rivalry.

When asked if he could be friends with competition, the actor admitted the only competition he has is with himself.