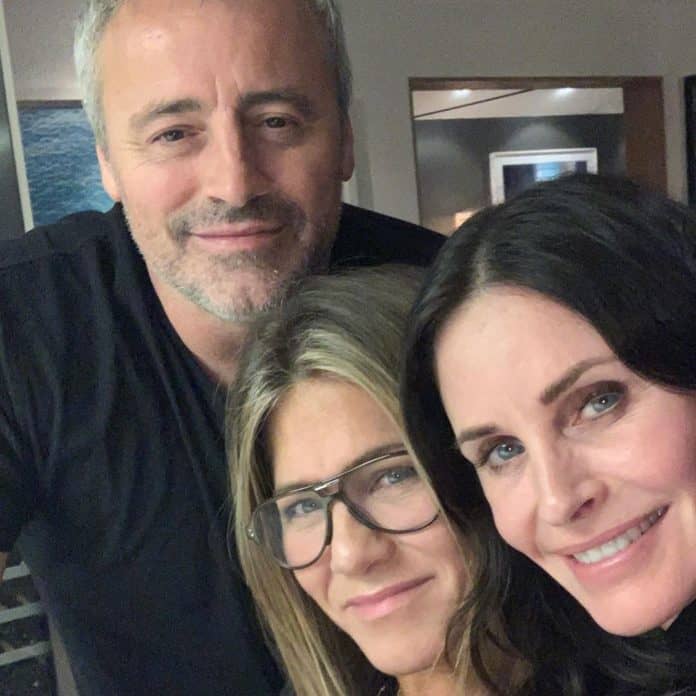 It was Cox who first shared on Instagram a photo of herself with fellow actors Jennifer Aniston and Matt LeBlanc, with the caption: “A rare night and I love it.”

“We just had dinner this week on a Saturday night,” Aniston confirmed in an interview with US radio legend Howard Stern the following day.

According to her, they were complete during the dinner.

“The whole gang. Everyone was there,” she said.

“And now we’re INSTAGRAM friends, too,” she wrote in the caption.

Friends fans, however, have been calling for an onscreen reunion for years now. Is it time for “the one where they all reunited”?

“I really think there’s an idea that if there’s a reboot of the show, it won’t be even close to as good as what it was, so why do it? It would ruin it,” Aniston had said when asked about the possibility of reviving the show in the future.

The iconic American comedy series is celebrating its 25th anniversary this year.