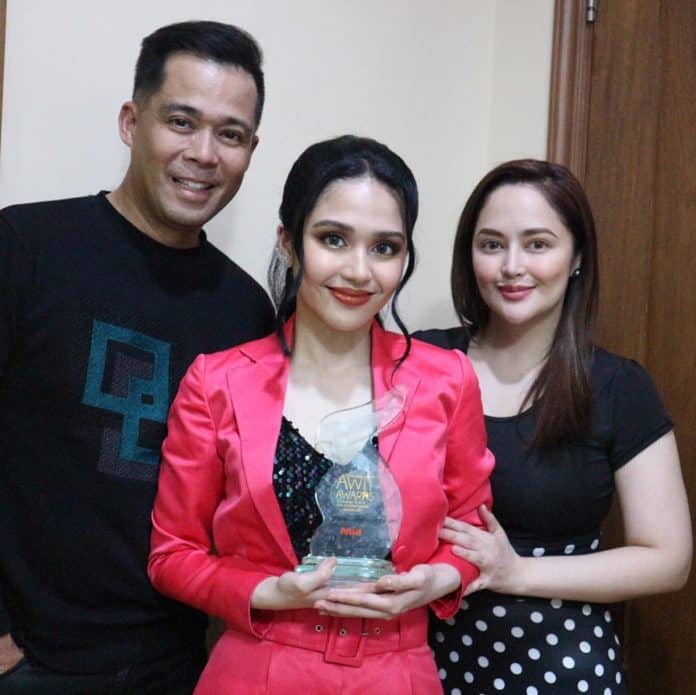 Celebrity couple Dingdong Avanzado and Jessa Zaragosa are proud parents after their only child Jayda won in the 2019 Awit Awards.

Their 16-year-old daughter received the Best Performance by a New Female Recording Artist award in the 32nd edition of the annual music industry awards.

Jessa and Dingdong took to social media their delight at Jayda’s first-ever recognition in the music business.

Jessa, in particular, apologised for flooding her social media accounts with posts about the win. However, she and husband Dingdong are just happy to be parents of Jada, who has followed in their footsteps.

Following in her parents’ footsteps

Jessa shared that it took 27 years for her husband Dingdong to win an Awit award, while she has been in the business for 22 years, but only holds one Awit award. Jayda, at a young age, was already awarded for her self-produced and written song.

“We really admire her musical sensibility & passion to improve her craft as a singer & a songwriter,” the happy mom added.

On the other hand, Dingdong recalled a 10-year-old Jayda asking him how he writes songs. Six years later, his daughter got an award for a song she wrote.

“I can still vividly remember when you were just 10 years old when you asked me, ‘Dad, How do you write a song?’ And now here you are, 6 years after, getting your first Awit Award for your performance of a song you wrote,” Dingdong said in an Instagram post.

“Keep shining and keep outdoing us. But more importantly, keep on being you!” Jessa told Jayda.