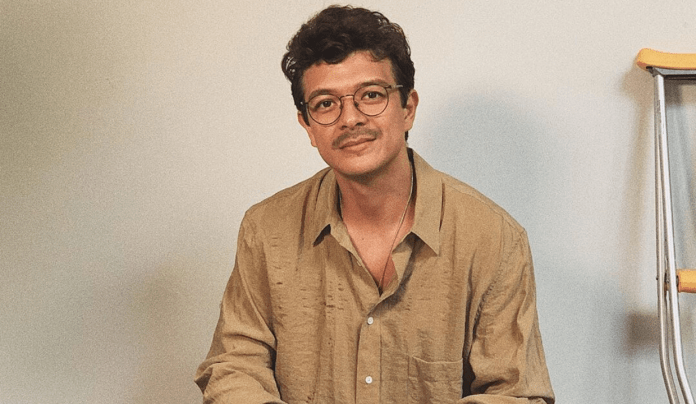 ‘I did not have the ideal life situation’: Jericho Rosales looks back on his roots, encourages fans to keep dreaming

Actor Jericho Rosales looked back on his roots as he reminded his supporters to continue dreaming even with the “negative factors” around us.

The 40 year old said it is natural to question dreams and goals during the current COVID-19 pandemic.

“Our tomorrows are filled with questions and cares. It is natural for us to think that way. We all are going through this and it is very hard,” he wrote on his Facebook account.

He reminded his followers that though their dreams seem far from reality, nothing is impossible. Echo, as he is fondly called in the showbiz industry, looked back on his humble beginnings before he became an actor

Echo used to collect goods for junk shops, sell ice buko and fish, collect trash, bark for jeepneys, deliver pizza and drive for people before he found his calling in the entertainment industry.

“Clearly, I did not have the ideal life situation. But I had a dream — to get myself and my family out of poverty and have our own house. That was my first major dream,” he said.

Despite all the challenges, he said he kept moving and kept his dream in front of him at all times. He even learned how to speak English just by watching television and movies.

“Self-education, learning skills, surrounding yourself with forward thinking like-minded people and using your challenges as tools for self-improvement/development are keys to opening doors of opportunities,” he said.

He then wished his supporters a bright future while promising that he will do his part to make all that happen.

“So keep dreaming, keep hoping and keep moving. You are made to be something and a someone for another. I wish all of us a bright future and I’ll do my part to make that happen,” he ended.

Jericho began his showbiz career when he won Mr. Pogi, a talent search on noontime variety show Eat Bulaga back in the ’90s.