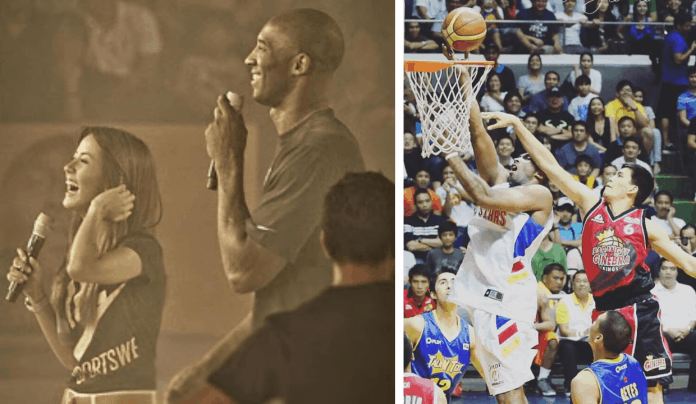 ‘Your impact on my life has been immeasurable’: Bianca Gonzales shares moments with Kobe Bryant

Following the death of the iconic athlete, television host and writer Bianca Gonzales expressed her grief and shared moments she and her husband had with the Black Mamba.

“I’ve never been an athlete and yet your impact on my life has been immeasurable. LEGENDS NEVER DIE. #MambaForever,” she wrote in an Instagram post.

Bianca’s photos were from Kobe’s 2011 visit to Manila when he played an exhibition game with other NBA players against the country’s finest basketball players, including her husband JC Intal.

In a tweet, she sympathized with Kobe’s wife, Vanessa. She wrote: “I cannot even begin to imagine the pain that Vanessa, as a wife and mother, must be feeling right now. Sincerest condolences to the loved ones of everyone in the helicopter.”

Bianca also expressed that she idolized the late great for “how he stretched the limits of what a human being can do and what the human spirit can achieve.”

“I’ve never been an athlete but I became a fan of @kobebryant because of how he stretched the limits of what a human being can do and what the human spirit can achieve. And how he inspired us to do the same. #MambaForever #LegendsNeverDie.”

Bianca Gonzalez shares why she got emotional on her vaccine...