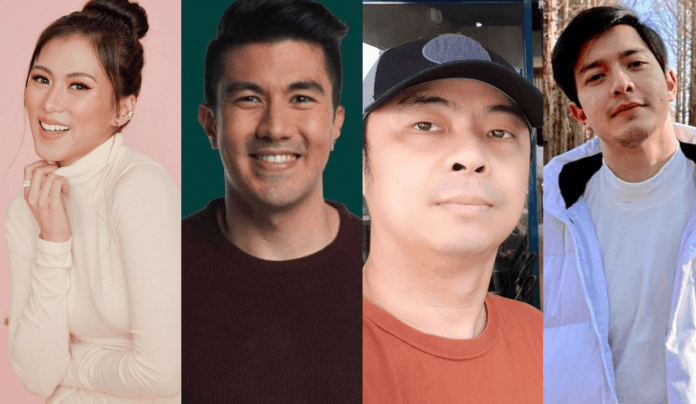 Celebrities have been lauded for mobilizing help and doing what they can do for those affected by the Taal Volcano eruption.

Nevertheless, there are stars who shared their thoughts on whether or not efforts of help and assistance should be posted online after some netizens accused them of not doing anything or enough amid the Taal crisis.

Luis Manzano, who was earlier criticized for allegedly selling overpriced face masks in his online store, responded to a netizen who called him out for engaging in a word war with Twitter users instead of providing assistance to his fellow Batangueños.

He also said that there are things beyond what is visible to the naked eyes.

Luis believes it is wrong for people to think that your help gets validated only when it is posted on social media.

In another tweet on January 15, the Your Moment host reminded everyone to “never invalidate help or someone just because it is not posted online.”

“With everything that has been said and done, do what you want to do. 🙂 Gusto mo tumulong and post? Great job, gusto mo tumulong behind the scenes? Great job pa rin. But never invalidate help or someone just because it is not posted online!” he tweeted.

Luis may not have posted online what he has done, but his mom Lipa City, Batangas Rep. Vilma Santos did in a thank-you post on her Instagram last January 14.

TV host-actress Alex Gonzaga also has a message to those who judge and demand them to come to the aid of Taal victims: “Hindi na po kailangan ipost ang tulong.”

Her fiancé Mikee Morado is a government official in Lipa, Batangas.

Meanwhile, Richard Faulkerson Sr., father of Alden Richards, came to the defense of his son who was also accused of not making any effort to help people living in Taal-affected areas, such as Tagaytay where the actor runs a restaurant.

Alden’s dad shared that his son is silently helping, in his own little way.

Parokya ni Edgar frontman Chito Miranda, on the other hand, weighed in on the other side of the debate, as he questioned those who are shaming people who post that they are helping.

“Kasi baka gusto nya maka-inspire? Or to show that he or she is doing his or her part? Or baka proud lang sya sa good deed nya? Or gusto nya ipaalam sa tinutulungan nila that he or she cares?”