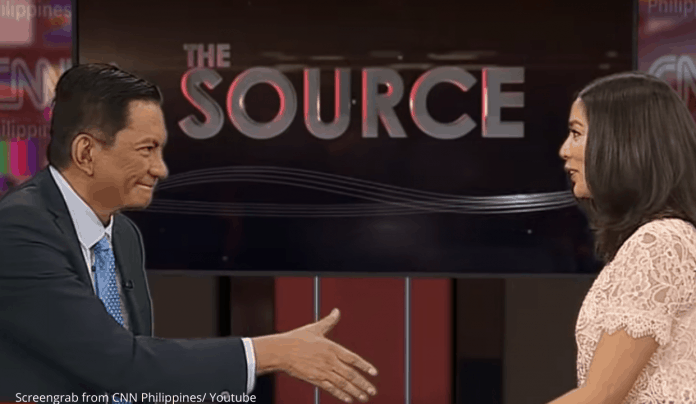 The World Health Organization and Department of Health earlier reminded the public not to shake hands when greeting people so as to avoid the risks of getting infected with the coronavirus disease (COVID-19).

In the video, Webb attempted to shake hands with Salceda after she did an outro for their interview on CNN’s The Source last Wednesday, March 11, but suddenly withdrew her hand.

The lawmaker on the other hand, still waited for the handshake to happen, which netizens called as “awkward”, but Webb appeared to have reminded him that they are not allowed to do so.

In a tweet, Webb cleared that it was just a precautionary measure against the spread of COVID-19.

“I remembered: Avoid handshakes (face with tears of joy emoji) No offense to Cong Joey Salceda of course,” she said.

Earlier this month, a video of Pinky Webb’s one-on-one with Senator Franklin Drilon also went viral after the latter allegedly fell asleep during the live interview.