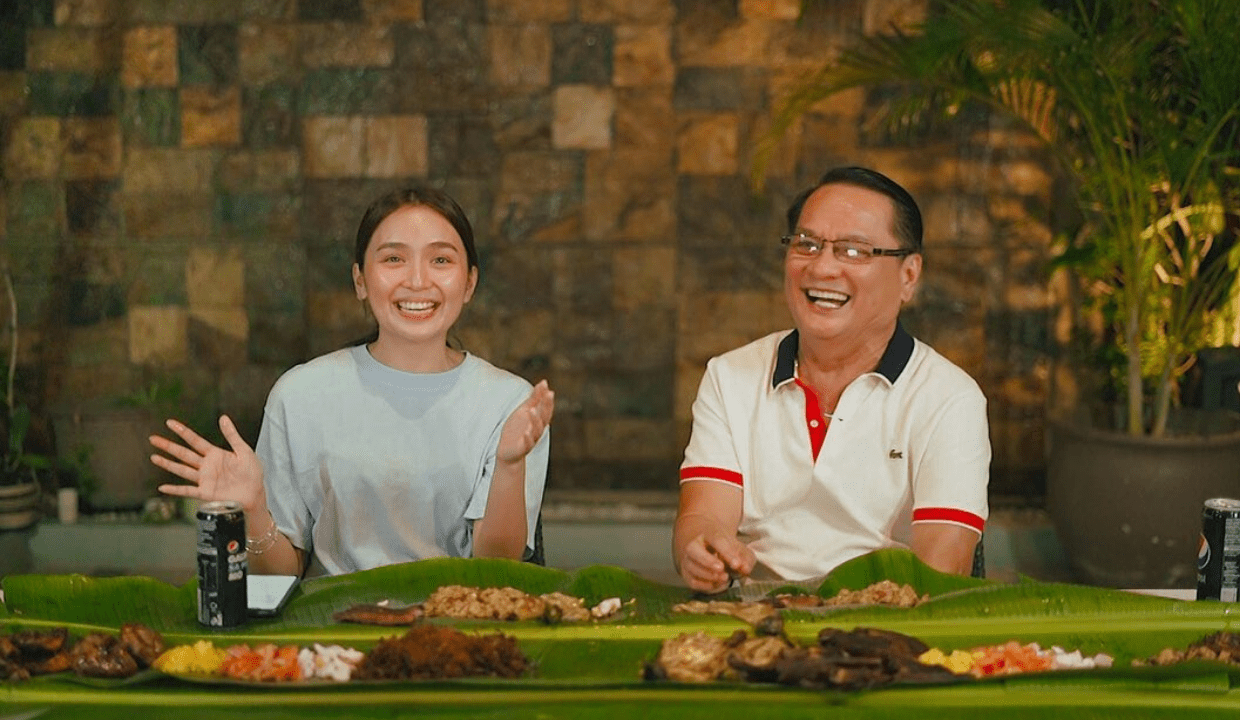 WATCH: Kathryn Bernardo can’t hold back tears in interview with her father

In her YouTube channel, Kapamilya star Kathryn Bernardo interviewed her father Teodore Bernardo for the first time. Moments after uploading her vlog, netizens gushed over the actress’ sweet relationship with her father.

“My papa is rarely in the spotlight, but in everything I do, he never fails to support me behind the scenes. Now finally, for the first time ever in the new episode of #EverydayKath, I was able to convince him to do a no-holds-barred interview with me,” she said.

With just the first question in their interview, the 24-year-old already could not hold back her tears as they talked about what her father missed most about her childhood.

As their at-home interview continued, Kathryn asked her father what her longtime boyfriend Daniel Padilla has done to earn his trust.

He answered that Daniel simply showed respect. “Sabi ko, bugbugin ko siya,” he joked when he remembered one of his early conversations with the actor.

When asked what his secret to being a good father is, he likened his parenting style to how one would take care of a dove.

Watch the rest of Kathryn’s interview with her father here:

Netizens gushed over how sweet her relationship is with her father.

Alexa Ilacad looks back on her KathNiel fangirl days