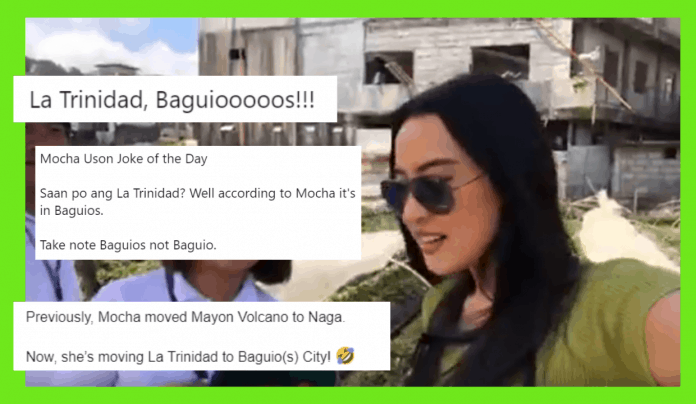 Mocha Uson is once again trending in the Twitter world after committing another geography gaffe.

A clip of the Overseas Workers Welfare Administration (OWWA) Deputy Administrator “relocating” La Trinidad in Benguet to Baguio City has been making rounds on the internet on Wednesday.

In the video, Mocha can be heard stating where she was at.

She also sought confirmation from the lady next to her if La Trinidad is still part of Baguio.

This is not the first time that the OWWA official made a “location” mistake. In 2018, her statement that Mayon Volcano is located in Naga City, Camarines Sur and not Albay province also became controversial.