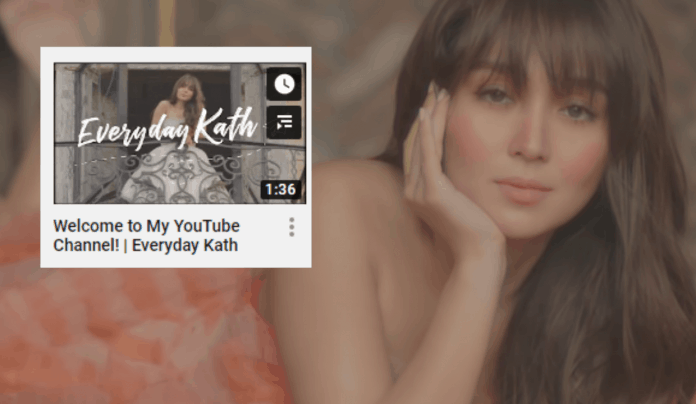 The box-office queen has entered the world of vlogging!

“2020 is the start of something new” for Kathryn Bernardo as she welcomes fans to her YouTube channel which she called “Everyday Kath”.

The Kapamilya actress’ YouTube channel was the “new beginning” she had been working on lately, which went live Friday night.

Her fans Kathcakes can now have a dose of Kathryn with “no script, no fuss, no pretense”.

“I created this channel to share with you a glimpse of my everyday life, especially the not-so-glamorous part that you don’t always get to see on TV.”

The first-ever video uploaded on her channel was an intro to Everyday Kath, where she hopped and walked around like a princess in aesthetic pastel dresses with the song So This is Love by Ilene Woods from the 1950 Disney film Cinderella as background music.

Kathryn had earlier teased her fans with dreamy photos posted on her Instagram.

Kathryn, who has joined a growing list of artistas now into vlogging, has over 70,000 subscribers as of writing.