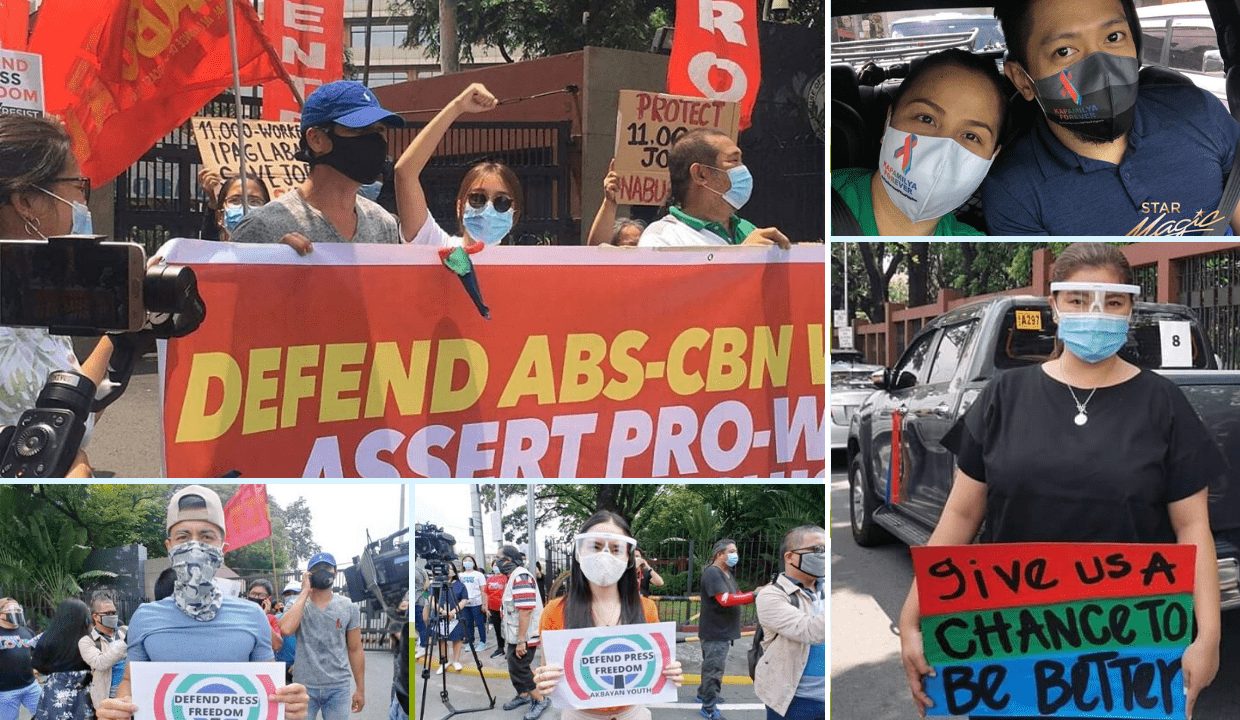 These Kapamilya stars rallied behind their home network until the day the House of Representatives was to decide whether ABS-CBN would be granted a 25-year franchise to operate its free TV and radio stations once again.

Along with ABS-CBN employees and supporters, they joined a solidarity caravan calling for a  #VoteYesToABSCBN from Batasang Pambansa complex to the ABS-CBN compound in Quezon City on Friday.

Kathryn Bernardo was praised by netizens for protesting alongside her colleagues in the industry.

In an interview with CNN Philippines, the actress said she is hoping lawmakers will vote yes to renew the broadcast giant’s franchise.

Angel Locsin, one of her home network’s vocal supporters joined the motorcade as well. In an Instagram post, she was pictured holding up a placard that read: “Give us a chance to be better.”

The momshies of Magandang Buhay — Jolina Magdangal, Karla Estrada and Melai Cantiveros joined the motorcade with their decorated with the colors of ABS-CBN.

Actor RK Bagatsing was present in the protest as well. He was pictured holding up a sign which read: “Defend press freedom.”

Elisse Joson stepped up to the plate as well to support her home network and its workers.

Nikki Valdez was also present in the caravan. She was accompanied by her husband Luis Garcia.