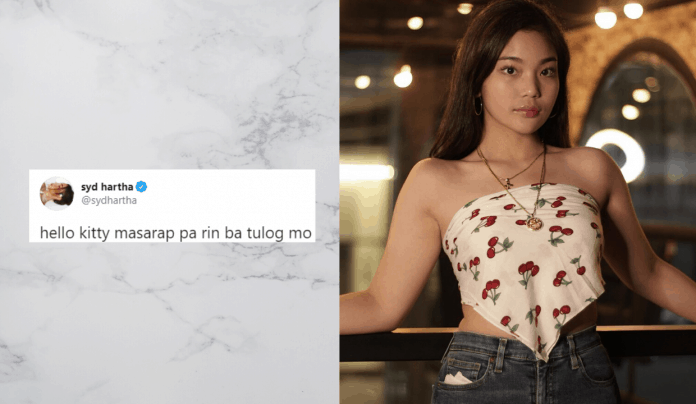 Netizens expressed dismay over this local music artist for allegedly taunting the presidential daughter Veronica “Kitty” Duterte in a tweet.

The President’s youngest child wasn’t tagged in the tweet but Twitter users assumed that the 18-year-old singer was referring to Kitty Duterte.

The singer has been retweeting #OustDuterte posts and openly sharing her thoughts on the government’s response to the current health crisis in the country.

Some netizens found it foul that she had to involve the 15-year-old daughter in the President’s controversies, telling her to take Kitty “out of the picture”.

#OustDuterteNow trended on Thursday after President Duterte issued a stern warning against “groups disrupting peace and order” during the Luzon-wide enhanced community quarantine in his public address last Wednesday.

Other Twitter users also demanded for the government’s concrete plan for its response to the COVID-19 pandemic.

A netizen tagged Kitty, who’s also active on Twitter with over 300,000 followers, in the tweet and urged her to respond.

In jest, the younger Duterte said she would later do so if she’s directly addressed by Syd Hartha in her tweet.