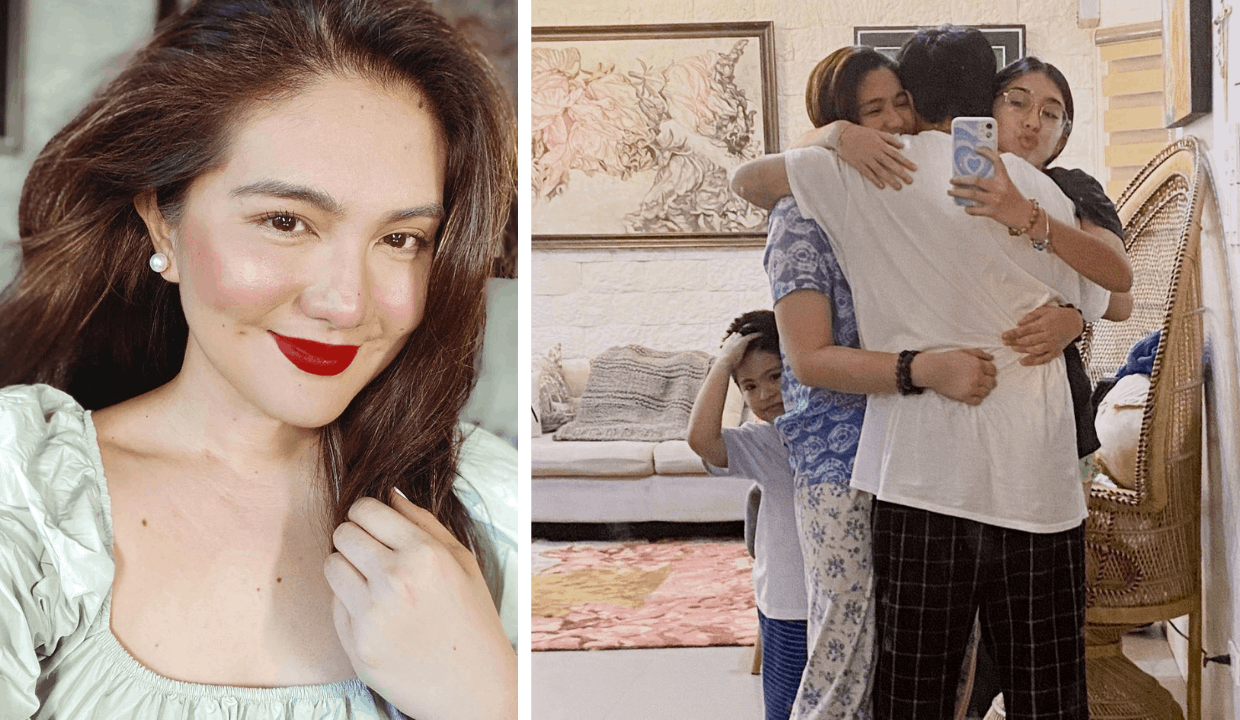 WATCH: Dimples Romana has emotional reunion with her kids

Dimples Romana finally reunited with her children after weeks of being locked in on set while shooting for her TV5 sitcom, Oh My Dad.

In her husband Boyet Ahmee’s vlog, he surprised their kids with the arrival of their mother. While they were gearing up for the big surprise, the father of two asked his kids how it felt to have their mom apart from them.

While 19-year-old Callie said she understands her mom’s work, their youngest Alonzo said he misses teaching his mom how to play video games.

“For the past two weeks, it’s really hard on my part, seeing the kids missing their mom. We’re used to it. That’s how our system goes here sa bahay,” Boyet shared.

Their mini-interview was interrupted with repeated rings from their doorbell. When the kids checked who was behind their door, Callie and Alonzo both burst into tears when they saw it was their mom.

In an Instagram post, Dimples opened up on being away from her kids to work on her new show.

“Ang hirap to be away from them but I also feel so blessed to be working with the cast and crew of #OhMyDad. With every blessing, I say THANK YOU LORD.

In the same post, Dimples acknowledged overseas Filipino workers (OFWs) who are constantly away from their families.

“Just want to give a special salute and shoutout to all my dear OFWs who are constantly away from their families. You are all heroes,” she ended.