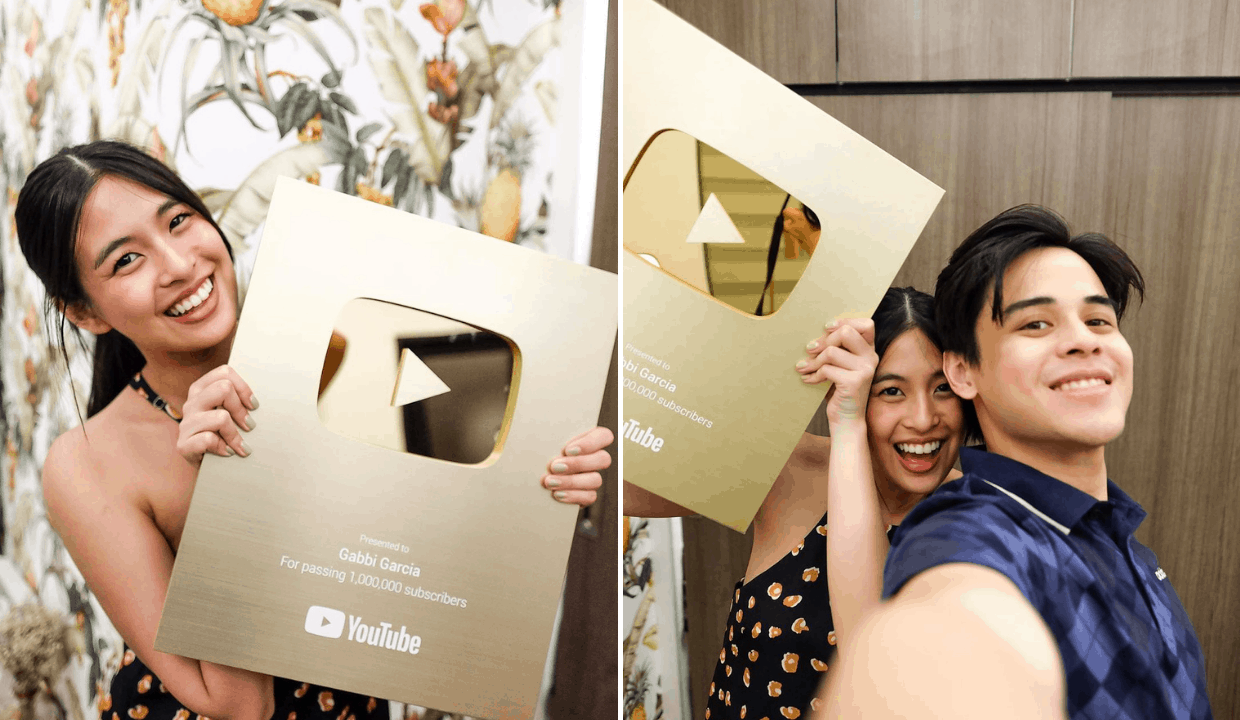 The actress received her Golden Play Button, a plaque given by YouTube to its content creators who surpassed a million subscribers.

“WE DID IT GUYS! My gold play button is finally here!!! Thank you from the bottom of my heart!!! Love you all,” she wrote in an Instagram post.

In her live stream with her boyfriend Khalil Ramos, they unboxed the plaque for the first time.

They shared that her channel is actually their joint channel. Gabbi revealed that she even attempted to get another plaque under Khalil’s name but it was too expensive.

In a separate tweet, she shared that being with the right person has brought only good things to their careers.

Meanwhile, Gabbi thanked their subscribers for being loyal to their videos.

“Thank you guys. Thank you for subscribing always and for always watching our content and thank you for being there, being so loyal. Cheers, guys! This is also for you,” she said.

Gabbi started her YouTube channel two years ago with a song cover of Amy Winehouse’s hit song Valerie. As of writing, she currently has 1.08 million subscribers.