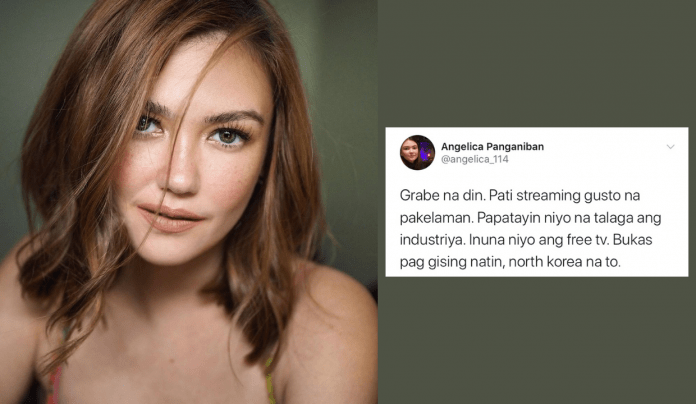 Just a day after the Movie and Television Review and Classification Board (MTRCB) sent a request to the Senate for jurisdiction over movies and TV series on streaming platforms, actress Angelica Panganiban took to social media to air out her concerns.

In another tweet, not addressing anyone in particular, she asked why they fear media and entertainment.

On Thursday, the MTRCB became a trending topic on social media after news of their request made headlines.

The agency’s chief of the legal affairs division Jonathan Presquito said they need to regulate platforms such as Netflix, Amazon Video and iflix to ensure that their content is compliant with MTRCB laws.

The MTRCB is responsible for rating television and film for the Philippines.

The non-renewal of the Kapamilya network’s franchise to operate free TV was within the jurisdiction of Congress.

Angelica Panganiban responds to netizen who commented about her boobs