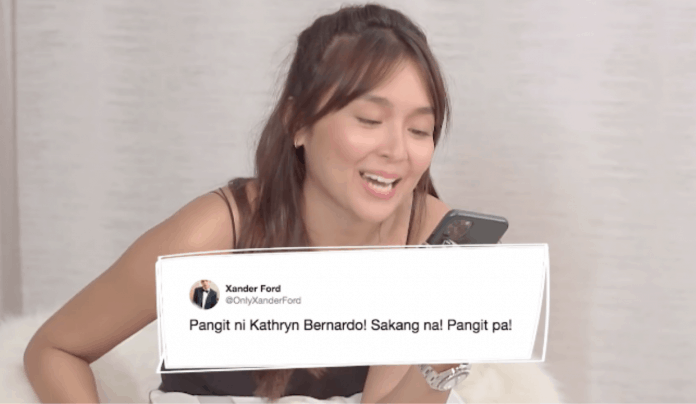 In a YouTube video where she reacted to mean comments about her, Kapamilya star Kathryn Bernardo broke her silence on being called “sakang”.

Simply laughing the comment off, the actress explained that she has learned to accept her legs with the help of her longtime boyfriend Daniel Padilla.

The 24-year-old star said Daniel has taught her how to overcome her insecurites.

Kathryn added that she has been working out her legs to exercise them.

As of writing her video uploaded on Sunday, May 17 has over 1M views already.