Tissue please! These stories will definitely give you so much emotions 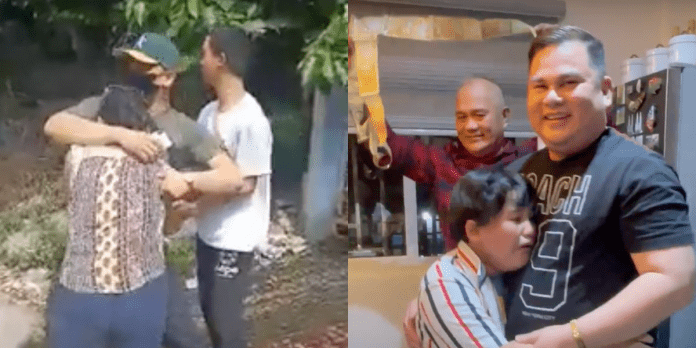 Get your tissues ready! These stories recently went viral on social media after netizens felt so much emotions upon hearing their stories.

Mother from Parañaque gets emotional after reunion with OFW son

After staying for four straight years in Japan, this overseas Filipino worker from Parañaque City prepared a plan to surprise his family.

Christian Mangunay initially planned to invite his parents to the airport to get a “package,” but due to the strict quarantine measures in the country, he decided to go for a plan b.

As an alternative, Christian then asked his sister Rea to help him create a scenario at home in order to pull off his surprise for their parents.

After his mandatory quarantine, Christian went straight to their home to pull off a simple yet touching surprise reunion.

After he was able to surprise his family, his mother, Eva became emotional and couldn’t let go of him following their reunion.

Christian has been working at a solar company in Japan for four years. He was scheduled to come home in October 2020 but the COVID-19 pandemic happened.

The emotional reunion video was uploaded on social media with more than 16 million views.

On Christmas Day, this young boy thought that he would have a simple celebration with his family. However, his father, Jong Siochi, went all out since they were not able to spend time together since the pandemic started.

10-year-old Niño thought that the money cake was only the surprise of his family – until he saw an iPhone X inside his BTS-themed birthday cake.

At first, Niño was happy and delighted when he started pulling out peso bills from his cake but when he realized that there was more, he became emotional.

Jong said that his son had only been using an old iPhone 5s. On his son’s birthday, he gave him his old iPhone X and P10,000.

The viral video posted on social media now has more than 400,000 views.