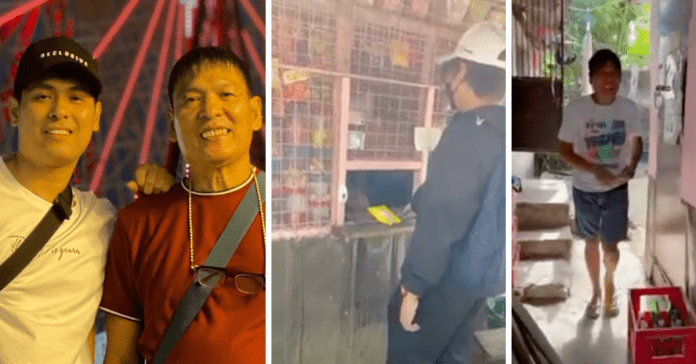 This Overseas Filipino worker (OFW) did not miss the chance to surprise his father after not seeing him for two years due to the COVID-19 restrictions in the country.

Jefferson Leaño Naraga said that he made sure that his father Julian had no idea that he would come home for the holidays.

Jefferson arrived in the country last Dec. 10, 2021. After his mandatory quarantine, he planned to surprise his father.

In the video, Jefferson pretended to buy a snack from his father’s sari-sari store. His father initially did not recognize him until he paid with Japanese money.

Jefferson said that he used to fly home every year but due to the pandemic in 2020, he wasn’t able to visit his family.

Jefferson has been working for an electronics company in Japan for three years. His father Julian, a former OFW, currently manages their mini sari-sari store.

Netizens were touched by the heartwarming reunion of the father and son. The uploaded video on social media has already garnered more than 1.7 million views.