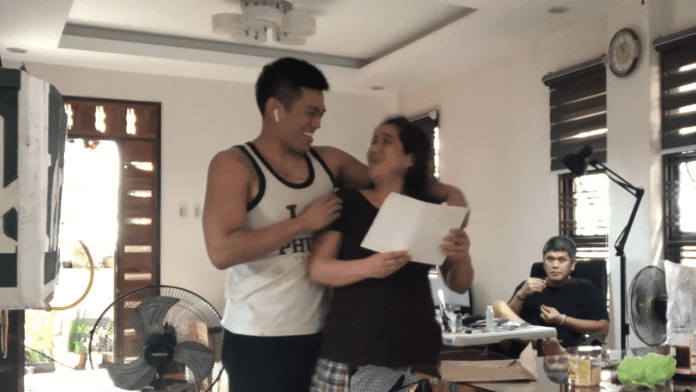 A college student from Bulacan went all in to surprise his mother with his achievement in school.

After Allane Maverick Barles received an honor certificate in his school, he decided to break the good news to his mother, Marinel, by pranking her.

In a now viral video, Allane begins his prank by telling his mom that he’s facing a problem in school.

When he already established his story that he was caught cheating in school, his mom did nothing but to comfort him.

After his mom believed his story, Allane then handed over a brown envelope to her. Allane initially said that it was a paper that his mom needs to sign for his cheating violation in school.

But when Marinel opened the envelope, she was surprised when she read that the paper was Allane’s certificate for his academic achievement.

Allane recalled being nervous on the day he pranked his mother since he did not plan it at all.

Netizens lauded Marinel’s calm reaction when her son told her about the supposed “cheating incident” in school, with some describing her as an understanding mother.

As of this writing, the video posted on social media has already garnered more than two million views and 5,000 comments.

The prank happened in March 2020 when he was still a student at the De La Salle University.

Allane shared that his mom would usually talk to them one-on-one when there is a problem.

Growing up, Allane said that his mom attended several academic recognitions since he was in grade school.

But when he entered college, he had a hard time with his academics since he was also an athlete.

To grant his mom’s wish to be included in the dean’s list, Allane laid low in basketball in order for him to focus more on his studies.

Allane later received a Jose Rizal Second Honor Certificate after being included in the dean’s list. He graduated with a degree in Business Management in Oct. 2021.

Allane described his mom Marinel as a hands-on and generous mother to their family. Since all of his siblings are also boys, they treated their mom like a queen.