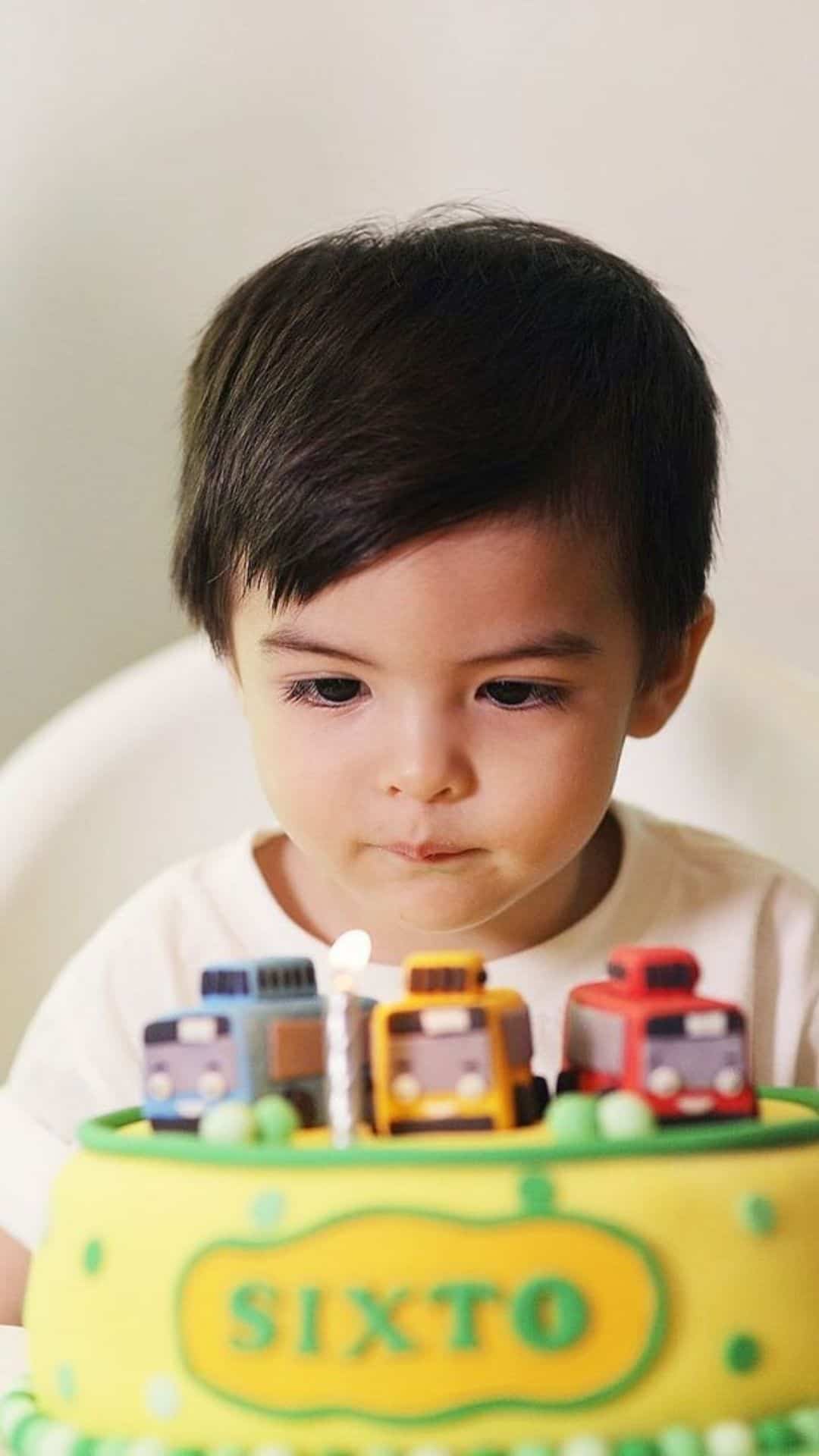 The celebrity couple marked Sixto’s special day with the cutest photos of their son with his birthday cake.

As seen in the series of pics, Sixto wore a Marc Jacobs cap for kids.

Meanwhile, Dingdong shared the same photo of his son about to blow his birthday candle.

Just before the two-year-old’s birthday, the sentimental dad penned a heartfelt post about how time flew by so fast since the lockdown started.

“I couldn’t believe how time flies so fast that in a couple of days, you’ll be turning two.

“So many things had happened so many realizations, and so many challenges such as this pandemic that we have to fight as a nation,” he wrote.

Even though it may not be an ideal world to live in, Dingdong promised Sixto and his eldest daughter Zia that they will impart in them a “renewed and (strengthened) version of values and principles of humanity.”

Dingdong Dantes reminds public to do their part ‘while waiting...