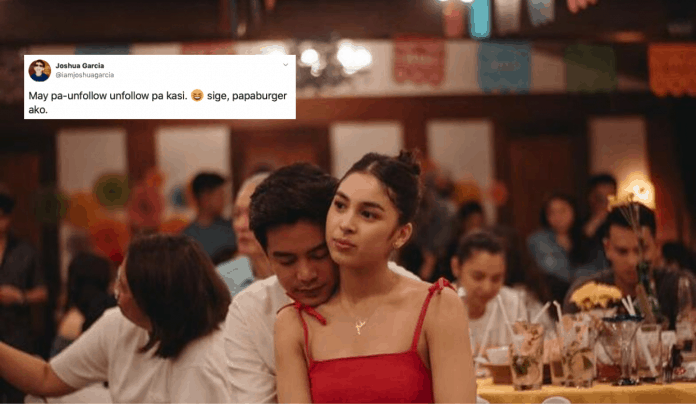 Their exchange was initiated by the actress who was promoting their new project Love Unlock on Kapamilya Online Live.

Joshua replied thanking Julia for following him back on Twitter.

“Sa IG follow back na din?” Julia joked, referring to when she unfollowed the actor a few months back.

Joshua continued to tease his ex, promising that he will treat her to a burger if she follows him back on Instagram.

Julia ended their exchange after she assured that she will follow him again tomorrow.

Their brief exchange immediately caught the attention of their friends and fans.

While their fans were clearly at their idols’ loveteam comeback.

Joshua and Julia ended their relationship back in 2019. Both of them expressed that they are still in good terms with each other even after their reel and real-life breakup.