LOOK: James Reid and Nancy Mcdonie have already done their look test for The Soulmate Project 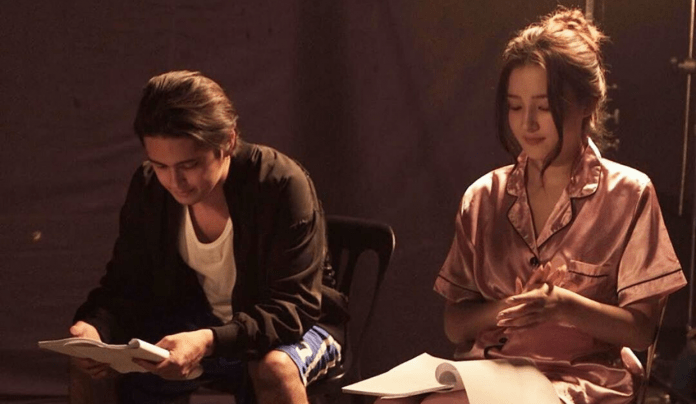 The Soulmate Project is underway!

Eric John Salut, AdProm head at ABS-CBN, revealed Monday that James Reid and Momoland’s Nancy Mcdonie’s upcoming teleserye is already in the works. He shared a photo of the two lead stars getting ready for their look test.

Dan Villegas of Project 8 and co-director of the serye, shared the outcome of James and Nancy’s look test. Project 8 will be co-producing the show with Dreamscape Entertainment for ABS-CBN.

Filmmaker Kaye Banaag also shared a sneak peek of the two stars together.

The show was first announced to the public last October 2019 by Dreamscape Entertainment. It was reported that filming for the series will begin this month. It will be shot in both South Korea and the Philippines. (READ: Momoland’s Nancy and James Reid set to start filming Soulmate Project in February.)