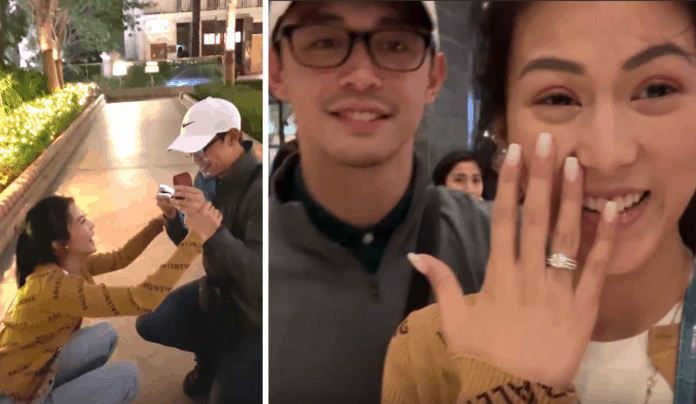 Television host and vlogger Alex Gonzaga celebrated her birthday as an engaged woman. Last night, she shared a photo of her flashing her beautiful engagement ring with politician Mikee Morada (READ: Alex Gonzaga is engaged!).

In a vlog posted early today, it was revealed Mikee proposed last December during their holiday vacation in Hong Kong with Alex’s parents and uncle.

The video showed a nervous Mikee trying to find the perfect moment to pop the question. He eventually asked Alex for her hand while walking through 1881 Heritage, a mall in Hong Kong.

Alex shared on her Twitter, their trip was her and Mikee’s first time abroad.

The happy couple has been dating for three years. They celebrated their third year together last October 2019.