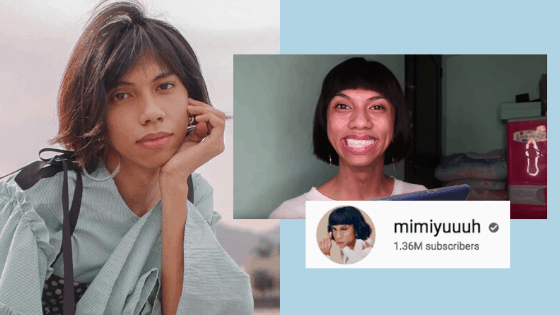 Our Dalagang Pilipina Mimiyuuuh has just hit 1 million subscribers on his YouTube channel. Mimi has only been vlogging for around eight months and he’s already managed to snag a golden play button, and even collaborate with celebrities like his new bff Heart Evangelista!

Mimi celebrated this milestone by reacting to his old videos.

His first-ever video is the Kahit Ayaw Mo Na challenge where he made his own steps to This Band’s hit song.

While watching his old videos, Mimi admitted he missed delving into fashion. Before starting his YouTube career, he worked for racer turned fashion designer, Mark Bumgarner.