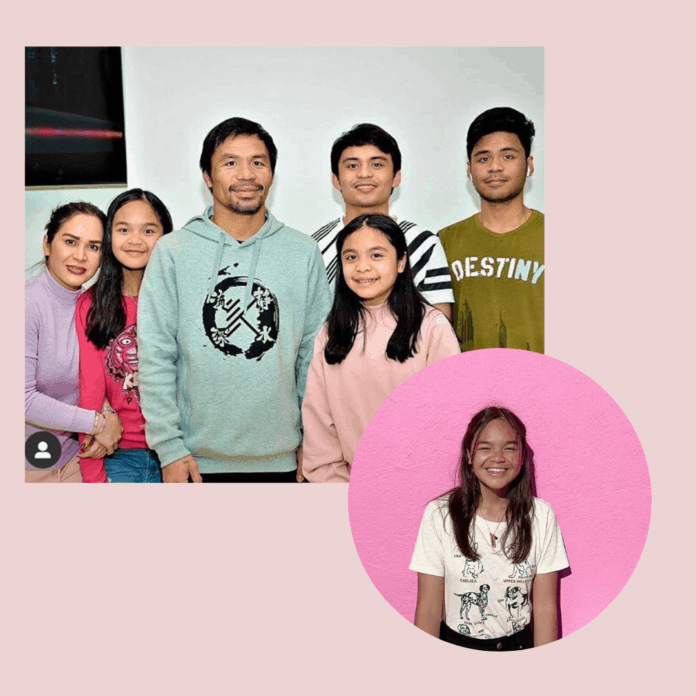 Boxing champ and senator Manny Pacquiao’s daughter Mary gave a tour of their house on her latest vlog last October 13.

While showing us their home, she even got us a quick Q&A with her siblings Jimuel, Michael and Queenie.

Much to our surprise, their mansion-like home was not as grandiose as their home in General Santos. The 13-year-old vlogger showed their kitchen, rooms, rooftop garden and the pool area.

The Pacquiao’s pets were present in her video as well. Her viewers were amused when they realized the family named one of their dogs after Manny’s former opponent, Keith Thurman.

“Did you really just name the dog Thurman? HAHA,” one viewer said.

Mary started posting videos on YouTube two months ago. She now has five videos, including a vlog where she pranked her family for 24 hours.

Mary, short for Mary Divine Grace, is the third of Manny’s five children with wife Jinkee.