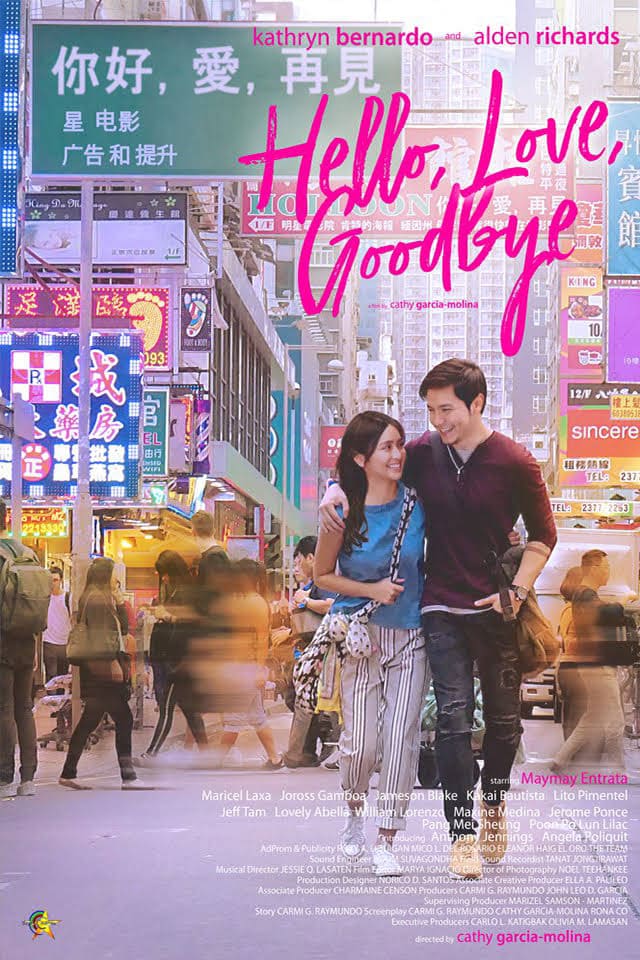 Blockbuster film Hello, Love, Goodbye has been nominated for the Best Asian Film at the 2019 Australian Academy of Cinema and Television Arts Awards (AACTA).

Directed by Cathy Garcia-Molina and top-billed by Kathryn Bernardo and Alden Richards, the romantic-comedy film was declared the highest-grossing Filipino film of all time after earning a worldwide gross of least ₱880 million.

Writer Carmi Raymundo on her Instagram story said she feels grateful for the movie “to be nominated alongside some of the best in Asia.”

AACTA’s Best Asian Film prize honors the best film of the year from 19 territories across Asia.

Three films from India were also nominated for the Best Asian Film Prize, namely Andhadhun, Gully Boy and Super Deluxe. Two other entries came from China — Shadow and The Wandering Earth. Japan’s We Are Little Zombies completed the list of nominees.

Australian Oscar-winning actor Russell Crowe will be the president of the jury, to be joined by other multi-awarded directors and producers.

The Best Film winner will be announced on December 4 in Sydney as part of the 2019 AACTA Awards.

Catriona Gray grateful to be by her father’s side after...

Catriona Gray reunites with dad after ‘one of the scariest...

Alden Richards celebrates ‘first birthday salubong’ in the US