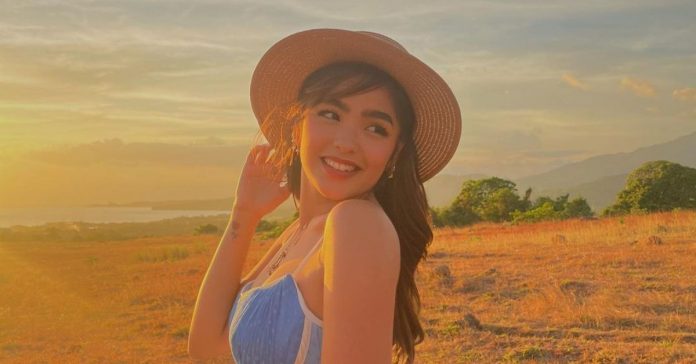 Andrea Brillantes has opened up on her childhood and bared her struggles growing up while having to help her parents provide for the needs of their family as a child actress.

In an interview with Karen Davila posted last July 9 on the veteran journalist’s Youtube channel, the 19-year-old actress shared how she entered the industry at the age of seven and became the family’s breadwinner at 10 years old, while they were living at an illegal settlement.

Having to help shoulder the needs of her family, her school tuition fees, and the cost of electricity bills and other utilities with the money she earned from her projects, Brillantes said that at a young age, she has already became exposed to the difficult realities of life.

Due to being her family’s breadwinner at a young age, Brillantes also said that she had sacrificed a lot, which, in turn, caused her to miss out on her childhood.

Among these sacrifices, according to the young actress, were the dream schools that she wanted to attend, but ultimately had to give up on because of her family’s circumstances at the time.

Back then, Brillantes said that she also had thoughts about “sharing” what she has earned, stressing that she had no qualms about sharing her money but at times also felt hurt when she wanted to keep certain things as her own.

According to Brillantes, having to shoulder such responsibilities at a young age has certainly affected her as she felt confused with maturing and coming of age early.

She then mentioned that this experience physically manifested in her tendency of talking in a soft, child-like manner.

The young actress shared that her “baby voice” was “sometimes good and bad,” explaining that it often comes out when she feels either comfortable or uncomfortable with the person she is with and when she is excited, or happy.

When asked by Davila whether she feels hurt or offended when people make fun of the way she speaks, Brillantes said that she does not.

Brillantes first appeared in the children’s comedy television series Goin’ Bulilit back in 2010. In the same year, she also appeared in the ABS-CBN drama series Alyna, where she played the character named Sofia Alvaro.