Cristine Reyes says she no longer wants to do sexy projects 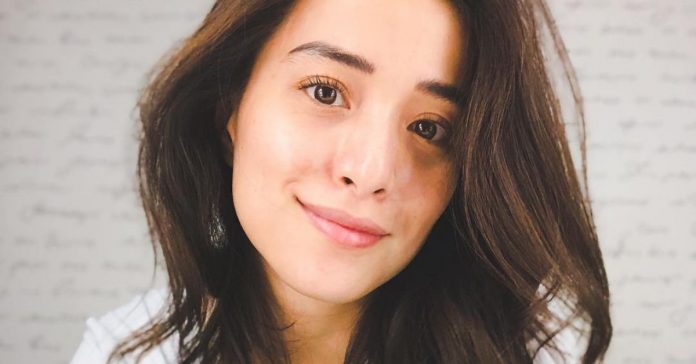 Cristine Reyes spoke candidly when she opened up on how uncomfortable she was playing racy roles throughout her career in the showbiz industry.

The actress opened up on her experiences when she was interviewed on Liza Soberano’s podcast, An Open Mind with Liza Soberano.

Cristine shared that the only thing stopping her from loving her job was doing uncomfortable roles.

“Like movies that are advocating affairs and endorsing something like a liquor and then you’re wearing a two-piece,” she explained.

The 32-year-old opened up that she no longer wants to do those roles anymore as it has made her feel like she is just an object.

“I’m so tired, I don’t want to do it anymore. It makes me uncomfortable, first. Second, you lose your self-respect. So, that’s the only thing that bothers me a lot with my career because I’m always seen in a different light, like I’m an object,” Cristine who starred in the infidelity themed hit film No Other Woman back in 2011 said.

Cristine continued on to recount the moment she declined a work opportunity with a “dream director” in Los Angeles because of the role she had to play. For her, it was high time that she learned to value herself more and said no to the project.

Even with her refusal, she shared that she was blessed to have been offered three good projects.

When she was only starting out in the showbiz industry, Cristine disclosed that she was forced to take on racy roles even when she was against doing one.

“I was forced to do it before and I was always compared with my batchmates in the industry and they were all doing it and I was so against it. I was young and I had nobody with me,” she shared.

Back in March 2021, Cristine starred alongside Diego Loyzaga in the Philippine adaptation of popular K-drama, Encounter.