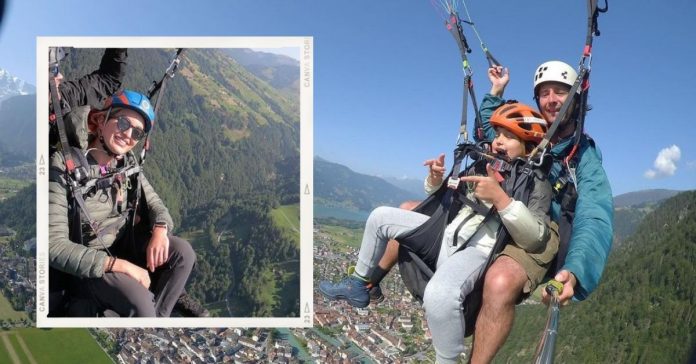 Sarah Lahbati and Richard Gutierrez are definitely thrill seekers and their son Zion is game for it all!

The celebrity couple and their eldest son went on a paragliding adventure during their vacation in Switzerland.

On social media, Sarah shared the moments from their first time trying the sport.

“Definitely an unforgettable day for all of us especially @officialziongutz,” she wrote in the caption.

In the video, their 8-year-old was having the time of his life, even dangling his feet while he was up in the air.

Richard, Sarah and their two sons are currently in Switzerland to reunite with the latter’s father.

READ: Sarah Lahbati to reunite with her father after more than a year

This isn’t the first time that their family had an action-packed day. Back in March, the adrenaline-seeking pair tried out dirtbiking with Zion.

Richard Gutierrez reunites with wife Sarah Lahbati and kids in...