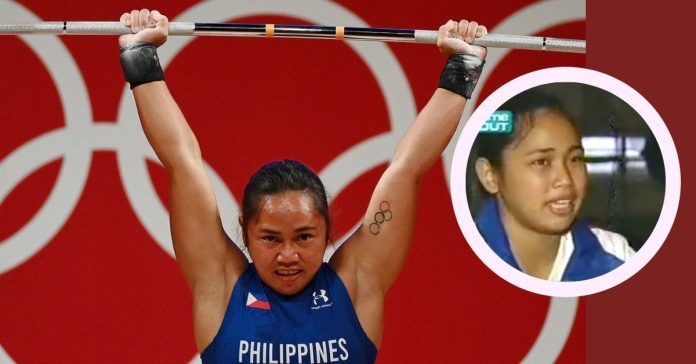 The law of attraction was definitely strong with Hidilyn Diaz.

Days after scoring the country’s first Olympic gold medal at the 2020 Tokyo Olympics, an interview from way back in 2008 surfaced once again.

The feature was from GMA News’ flagship newscast 24 Oras. It featured a weightlifting newcomer – a 17-year-old Hidilyn.

At the time, she was under the guidance of Ramon Solis, the last Olympian who represented the country for weightlifting back in 1988.

A young Hidilyn shared that it was God who told her to pursue her career as an athlete.

The now-30-year-old broke an Olympic record by successfully lifting 97 kg in snatch and 127 kg in her final lift in clean and jerk back in July.