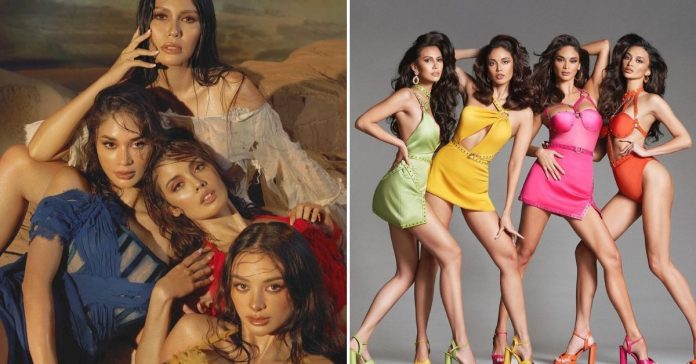 On social media, the pageant queens shared the stunning photos from their shoot for the international magazine’s 10th anniversary.

Pia shared on Instagram that this was their modern-day version of the 1980 film Temptation Island, which had its remake back in 2011.

In another set of photos from their shoot, the four wore monochrome outfits as they channel  their inner 90s supermodel.

“Sugar, spice, everything nice and glamorous,” Megan wrote in the caption.

Another set featured the beauty queens in black daring outfits.

The “big 4” beauty queens talked about their passions and causes after claiming their crowns.