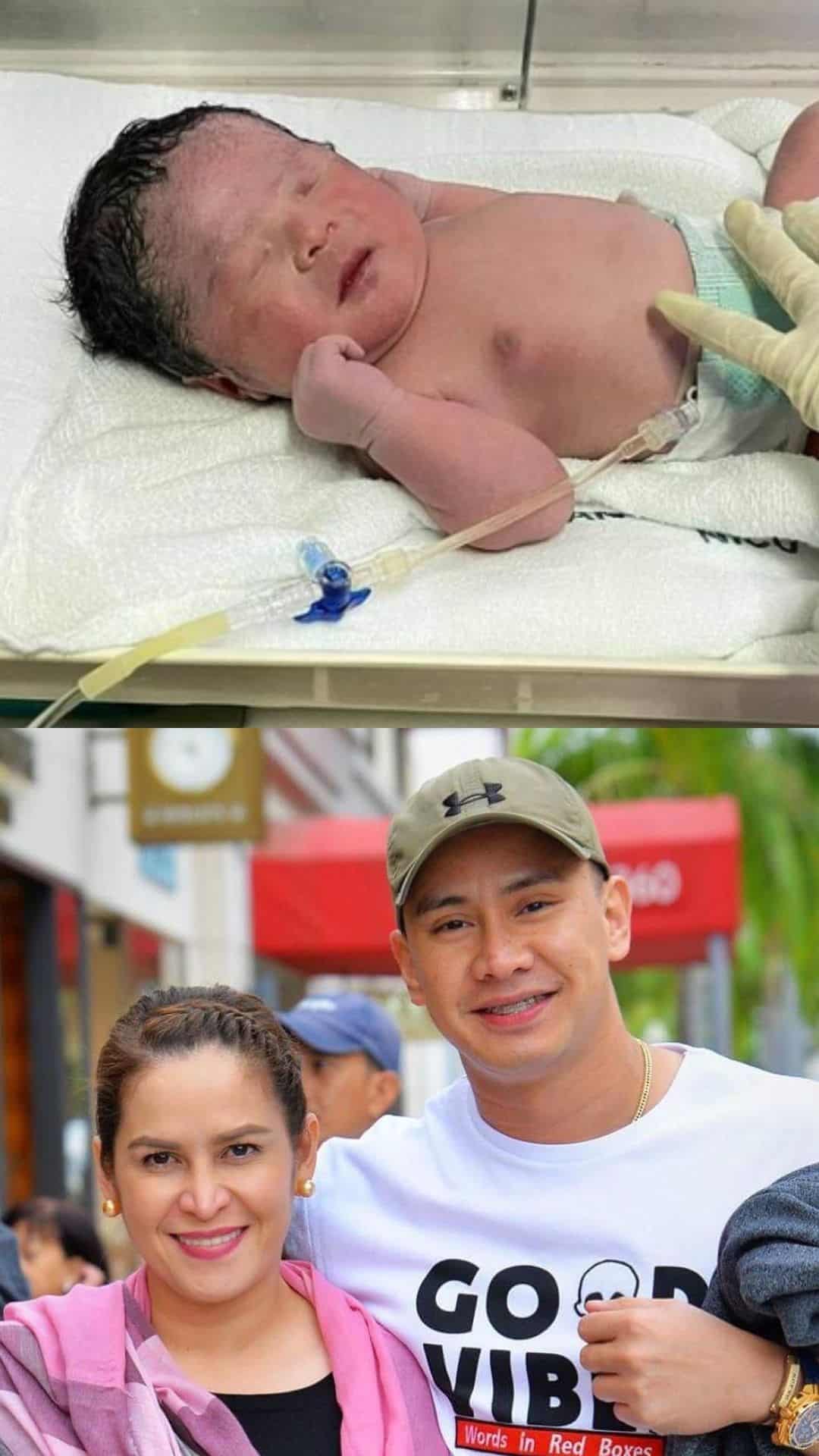 Tibo shared a series of photos of their baby boy in an Instagram post last Saturday, January 9.

“1 Samuel1:27 I prayed for this child, and the Lord has granted me what I asked of him,” read Tibo’s caption.

The newborn is the couple’s third child. They have an elder son Raymond and daughter Ella.

Meanwhile, Jinkee and Janet are celebrating their 42nd birthday today.