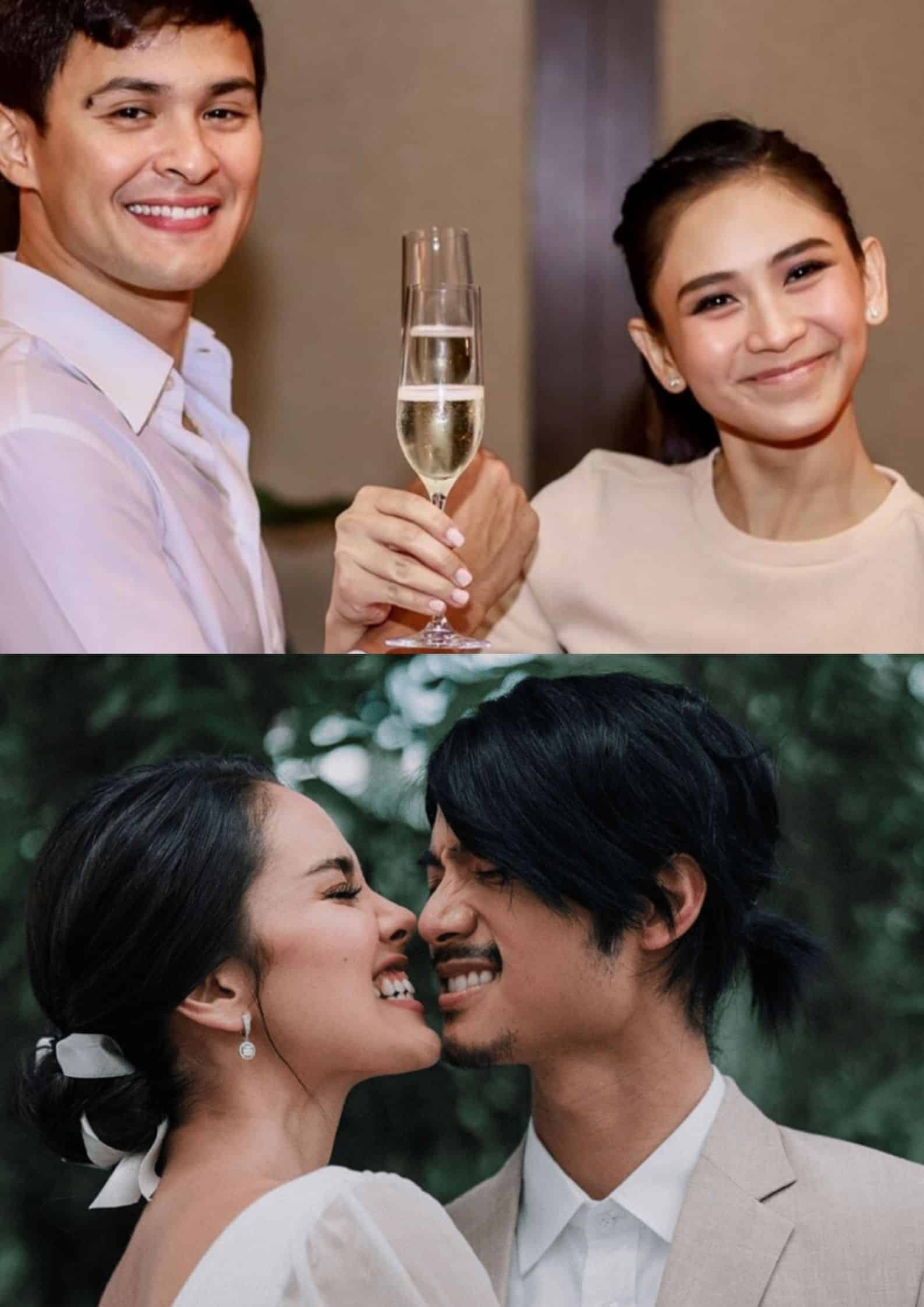 No doubt 2020 has been a challenging year, but it also saw celebrities defying the odds in the name of love.

Here’s a look back at this year’s swoon-worthy, sweet, simplified and surprising celebrity weddings!

Sarah Geronimo and Matteo Guidicelli took the showbiz world by surprise after news of their wedding broke out last February.

The supposedly happy, secret Christian marriage was marred with controversies, especially after an alleged commotion involving Sarah’s mom, bodyguard and Matteo happened during the reception.

But despite the unexpected turn of events, Matteo promised to forever stand up and protect his wife.

Due to health protocols amid the COVID-19 pandemic, only a few guests were invited to personally witness KZ and TJ become one.

On that day, KZ looked her most beautiful in a unique bridal white suit.

Despite the postponement of a grand wedding ceremony this year due to ECQ, Sarah Lahbati and Richard Gutierrez pushed through with a simple civil wedding in March.

Together for eight years, the couple said the decision was best for everyone’s health safety.

Sarah and Richard, who are parents to sons Zion and Kai, are hoping to hold the big wedding celebration next year.

Sheena Halili had a star-studded and stunning Christian wedding to lawyer Jeron Manzanero during the love month no less.

A few months after, they announced that they were expecting their first child.

Kapuso couple Megan Young and Mikael Daez capped their nine-year relationship with two weddings they only made public after the events were over.

The two first exchanged at a private ceremony in Nasugbu, Batagas while the other one was held in Subic.

Bettinna Carlos gave love another chance after marrying non-showbiz husband Mikki Eduardo, not just once, but twice early in December.

According to Bettinna, she’s a certified COVID bride after she and her husband met mid of this year, became a couple in August, got engaged by October, and the rest is history.

The actress-host also revealed that it wasn’t only her but also her nine-year-old daughter Gummy who received a sweet proposal from Mikki.

Joyce Pring and Juancho Trivino shocked fans after tying the knot less than a year since they become a couple.

Their garden wedding ceremony was held at the Sofitel Philippine Plaza in Pasay City in February.

The lovebirds, who fell in love while working together in the morning show Unang Hirit in 2018, got engaged last August 2019.

Though criticized for marrying too quickly, they defended their decision saying that entered their relationship with the intention of marrying and not dating around.

The actress described her wedding day to her Italian husband — whom she met by chance while she was vacationing with her family in Venice — as the “most love-filled day of my life.”

After years of dating, Mica Javier and Jay-R exchanged “I do’s” in an intimate beachside wedding in Boracay just a few weeks before the ECQ early in March.

Jay-R popped the question to Mica in 2018, after more than five years of being together.

While there are no pictures of their reported “quiet wedding”, she made the confirmation in a December 20 article she wrote herself for The STAR, where she also revealed she is pregnant with their Baby No. 2.

Last October, the celebrity fashion stylist announced on Instagram that they were engaged.

The actress shocked followers when she announced on Christmas eve that she got engaged and married to her unnamed partner during this pandemic.

In Instagram posts that hid her new husband’s face, she described her wedding as “my Creator’s best gift ever.”