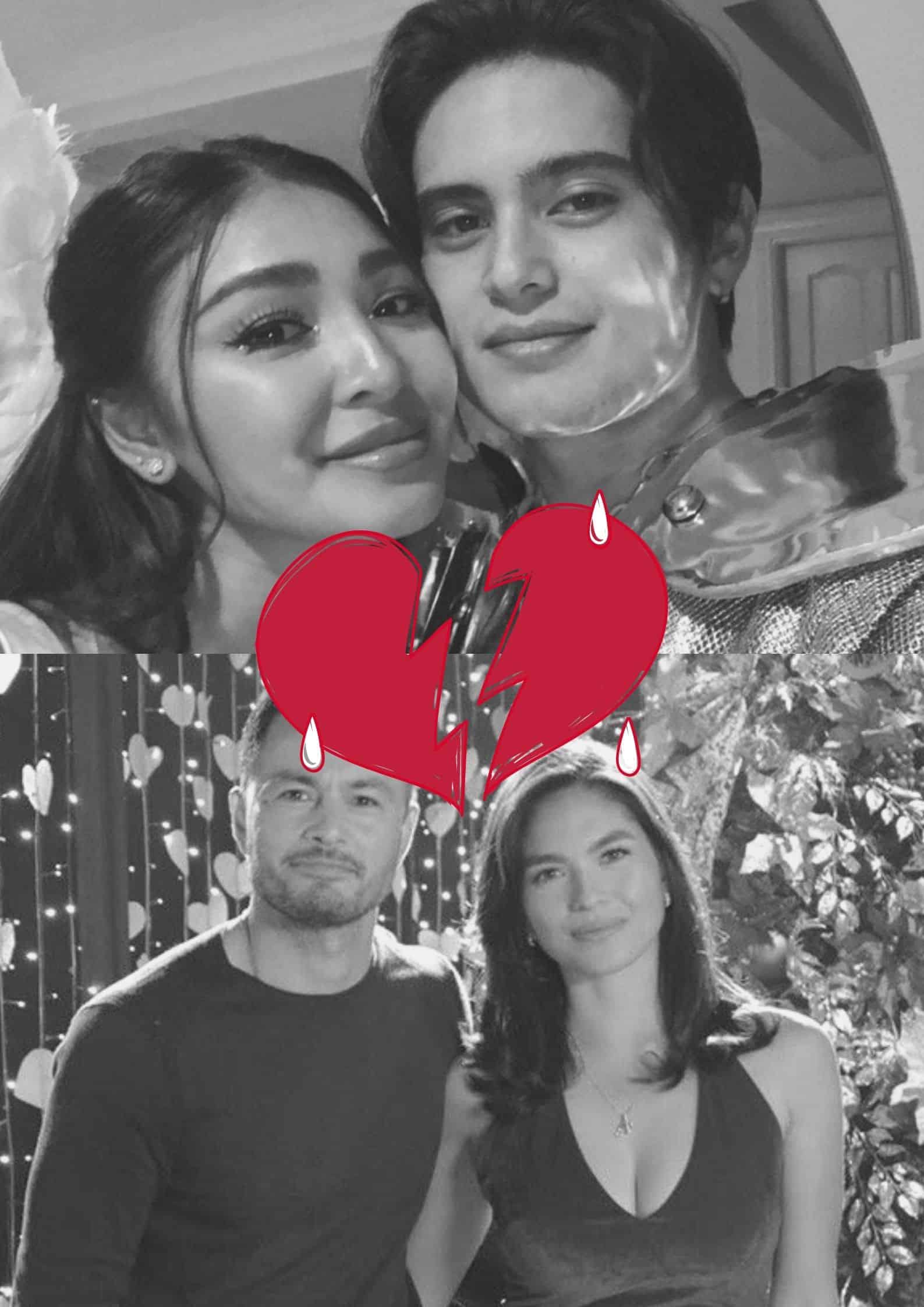 There’s no denying that it has been heartbreaking year, but these stars broke hearts some more after calling it quits this year.

Here’s a recap on celebrities whose relationships came to an end this 2020.

Jadine, fans of James Reid and Nadine Lustre, were heartbroken after the popular reel and real life couple decided to end their three-year relationship last January.

Nadine and James confirmed their breakup through a joint statement in Tonight With Boy Abunda for the reason that both of them wanted to focus on themselves for “personal growth”.

The two, however, thanked their fans for their undying support and maintained that they are “really good friends”.

Speculations about Kapuso stars Andrea Torres and Derek Ramsay’s breakup surfaced mid-November after eagle-eyed netizens noticed that the two unfollowed each other and removed all of their photos together from their respective Instagram accounts.

Derek first confirmed the sudden breakup with Andrea in a response to a netizen, saying “it happened so fast” and that there was no third party involved.

Following their split, the actor has been dismissing and responding to allegations thrown against him on his Instagram account.

In a YouTube vlog released last September, Rhian Ramos opened up about her breakup with Israeli boyfriend Amit Borsok — one of the reasons for her sudden weight loss.

“I went through a break up, and it was so hard. … I had a really hard time guys,” admitted Rhian.

Sarah Jane Abad was the first to confirmed her separation with husband Kamikazee vocalist Jay Contreras, calling it a “painful” and “heartbreaking” split in an Instagram story last May.

Despite this, the ex-couple vowed to remain “good friends” and loving parents to their two children.

Buboy Villar and American girlfriend Angillyn Gorens went their separate ways this 2020, after two children and four years of being together.

The two called their split a mutual decision but have continued to be friends and co-parents to their kids — Vlanz, 3 and George, 1,

Though they never confirmed their split, fans of the actor and volleyball star believed they parted ways in October after noticing that they unfollowed each other on Instagram.

Jerome confirmed his romance with the former De La Salle University athlete early 2017, but the couple was said to have dated for four years.

Singing champ Elha Nympha confirmed her relationship with Brian Gazmen, also a singer, in August. By November, Brian announced their breakup in a TikTok video.