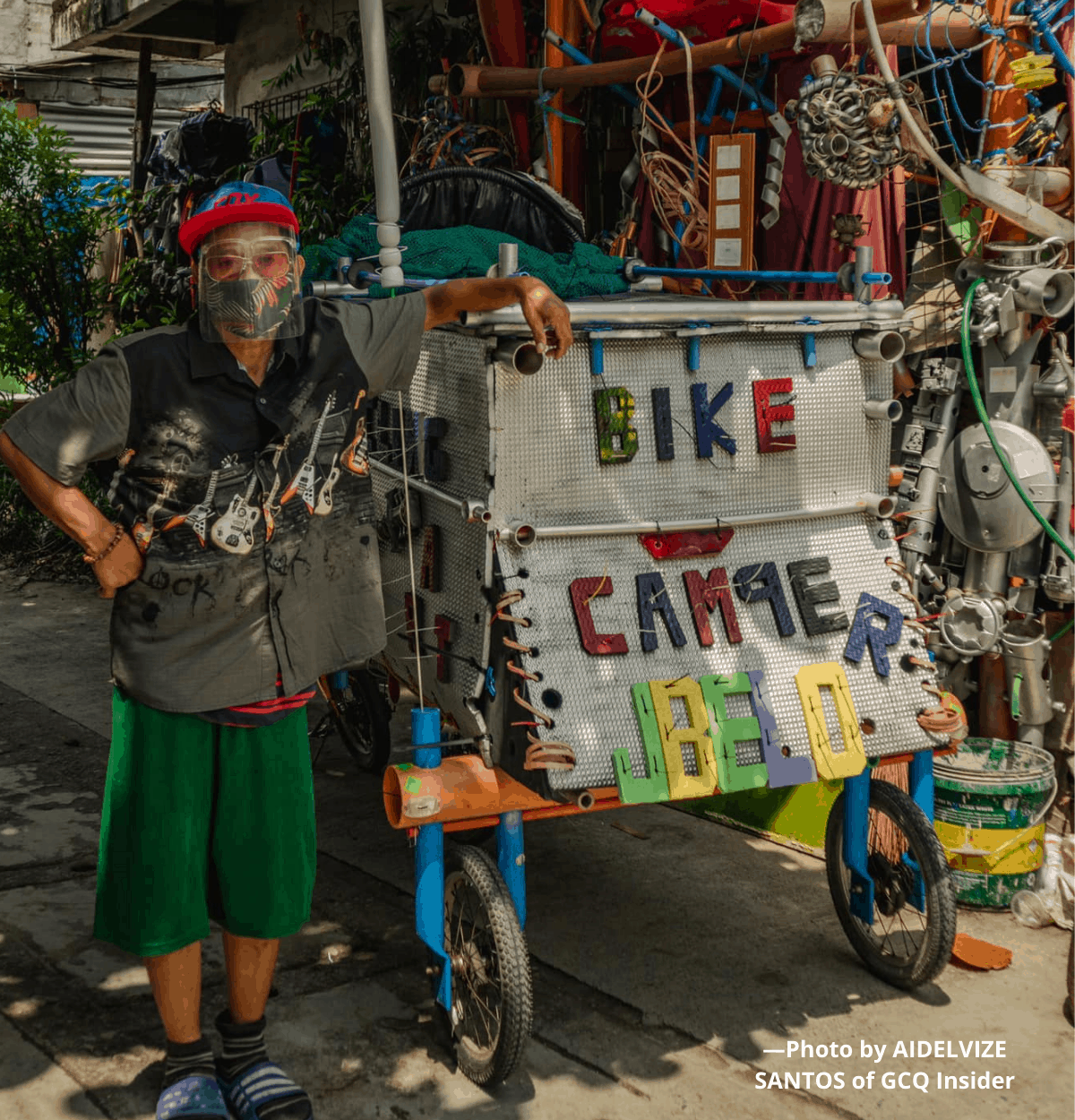 This 59-year-old vlogger has been dubbed “Pinoy Santa on bike” by netizens inspired by his gift-giving for street children as he pedals around Metro Manila and nearby provinces.

Joselito “Tatay Joey” Belo — or Bike Camper JBelo on Facebook and YouTube — has been vlogging on his makeshift camper bike made of recycled scrap and junk materials.

But there’s more to his unique ride than meets the eye. It carries toys he gives away to kids he encounters along the way.

It all started in July when he would document his bike trips using the GoPro8 camera given by his daughter. A few weeks into his newfound hobby of vlogging, one sight became harder to ignore.

Tatay Joey admitted he couldn’t afford to give money or food but he had second-hand toys accumulated through the years because of his interest in recycled art. He thought, why not give them away?

In September, an events photographer and social media manager chanced upon the biker-vlogger and decided to share his story online.

Joseph then learned that Tatay Joey wasn’t just any YouTuber with a bike camper. He was also using his trips to hand out toys to street kids. But he was hoping to increase his subscriber count and monetize his account so that he could give more.

As expected, there were those who raised doubt whether Tatay Belo was “legit”. More, however, were touched by the post — including celebs like Gabbi Garcia — that it went viral in just two hours! As of writing, it has over 94K reactions, 90K shares and 7K comments.

Various media organizations have and continue to pick up his story.

And from around 300 people at the time of Joseph’s post, the number of Tatay Joey’s subscribers leaped to over 260,000 to date!

Joseph, who has stayed in touch with Joey and his family, said that nowadays, the “Santa on bike” has found kind-hearted individuals supporting his cause.

Established YouTubers also helped the newbie vlogger and his children to improve and edit his content.

Tatay Joey himself has had expressed his gratitude to Joseph for having found value in what he’s doing. Imagine if he didn’t post about it.

One thing is for sure, his viral post taught him about how social media can be used as a tool to inspire and vice-versa, and how anybody can be a “Santa” in his own little way.

Meanwhile, Tatay Joey has continued vlogging and gift-giving. Thanks to some donors and sponsors, he’s been able to give brand-new toys, food and even face masks. He is barely seen in his videos but the look on the children’s faces will also bring a smile on your face.

Watch the inspiring #BituinNgPagasa video below: