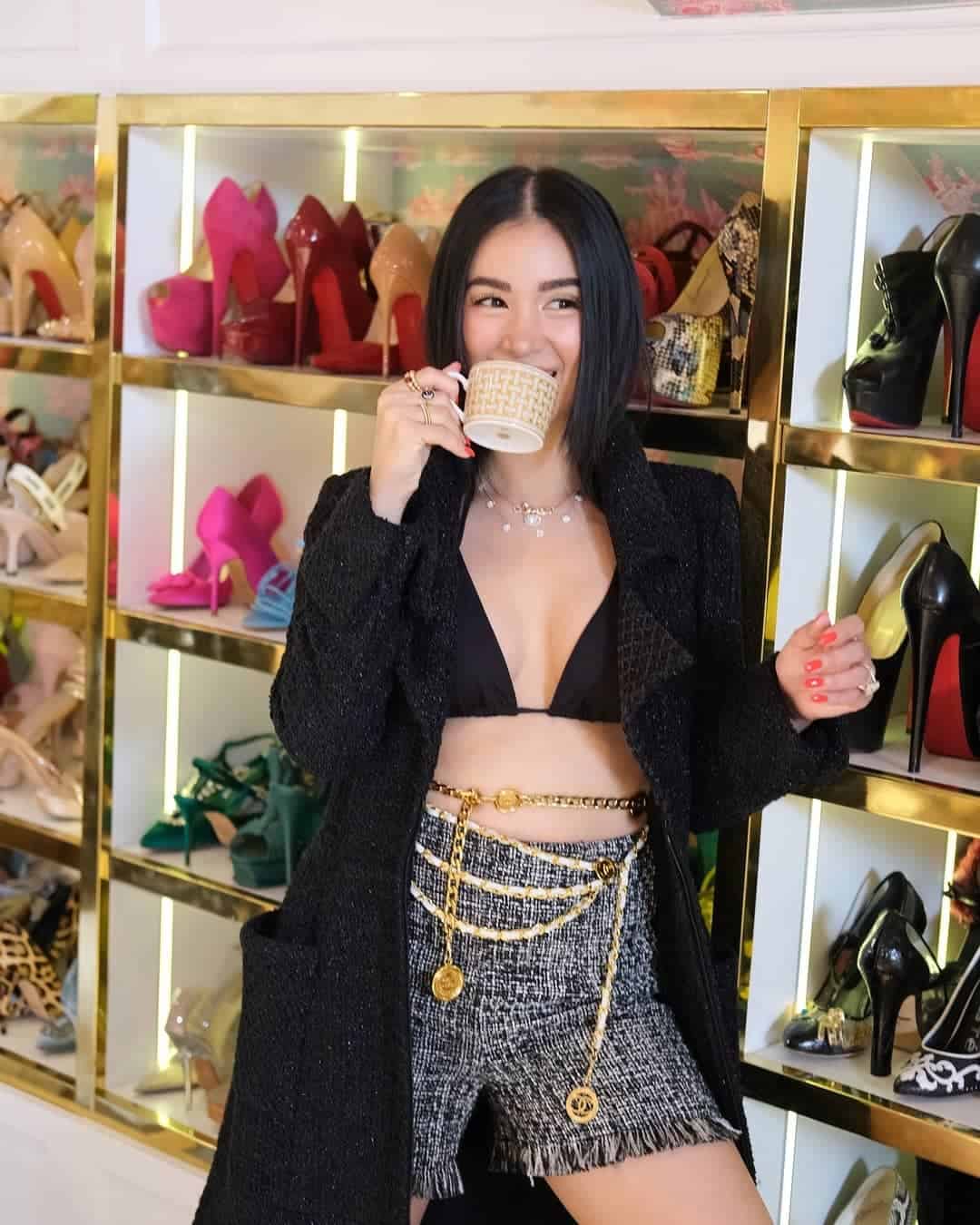 Heart Evangelista responded to netizens’ comments that assumed she was having a baby bump in her recent OOTD pic.

The Kapuso fashionista on Friday shared a photo of her wearing a Chanel outfit that bared her midriff on Instagram. She captioned the post: “Is it the weekend already? ✨”.

While netizens were in awe of her look as well as the number of designer shoes in the background, others speculated again that Heart is pregnant.

Just like how she reacted to “preggy” comments in the past, Heart quickly dismissed the speculation, saying, “No, it’s just bonchon,” referring to the Korean fast food chain.

To recall, Heart similarly responded to a pregnancy rumor back in 2019.

Last May, she addressed another pregnancy rumor but in a more serious tone, saying, “It’s a sensitive topic for me.”