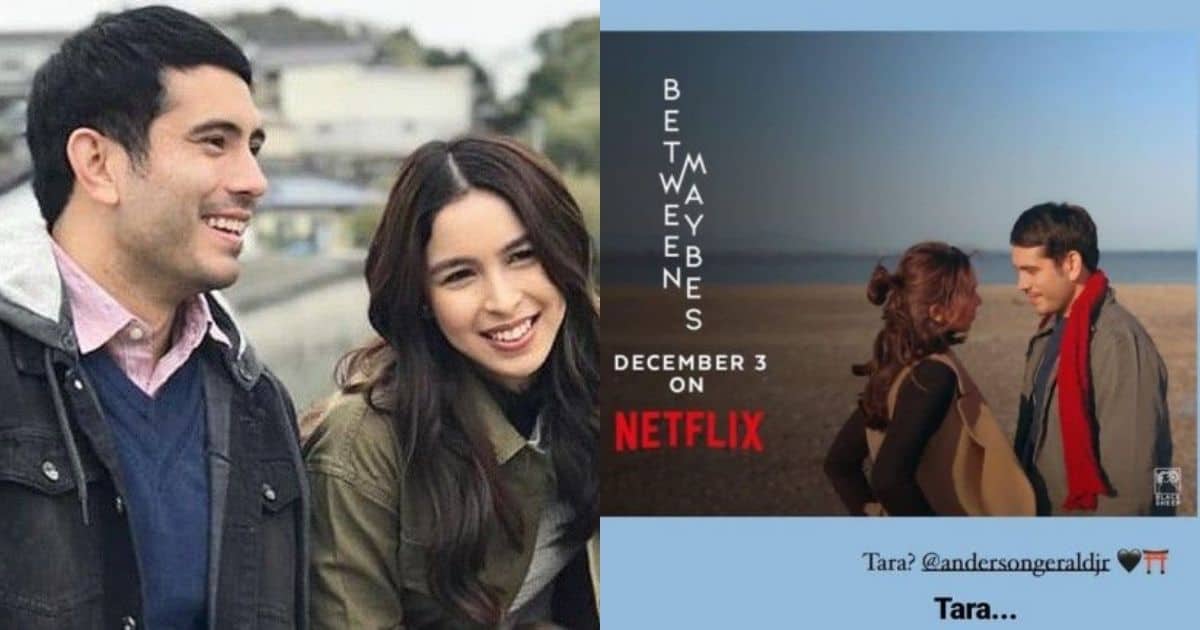 Julia Barretto and Gerald Anderson had a short online exchange in the midst of promoting their 2019 film Between Maybes, which is now available on the streaming giant Netflix.

On Wednesday, Julia shared via an Instagram story a poster of the romance drama directed by Jason Paul Laxamana and produced by Black Sheep, tagging Gerald’s IG account in it.

“Tara? @andersongeraldjr,” the actress wrote alongside a black heart and Shinto shrine emojis.

The actor, on the other hand, reposted Julia’s story and simply replied: “Tara.”

Julia on Thursday also posted a photo with the actor with their backs facing the camera.

The rumored couple courted controversy last year after Julia was alleged as the third party in breakup of Gerald and then girlfriend Bea Alonzo.