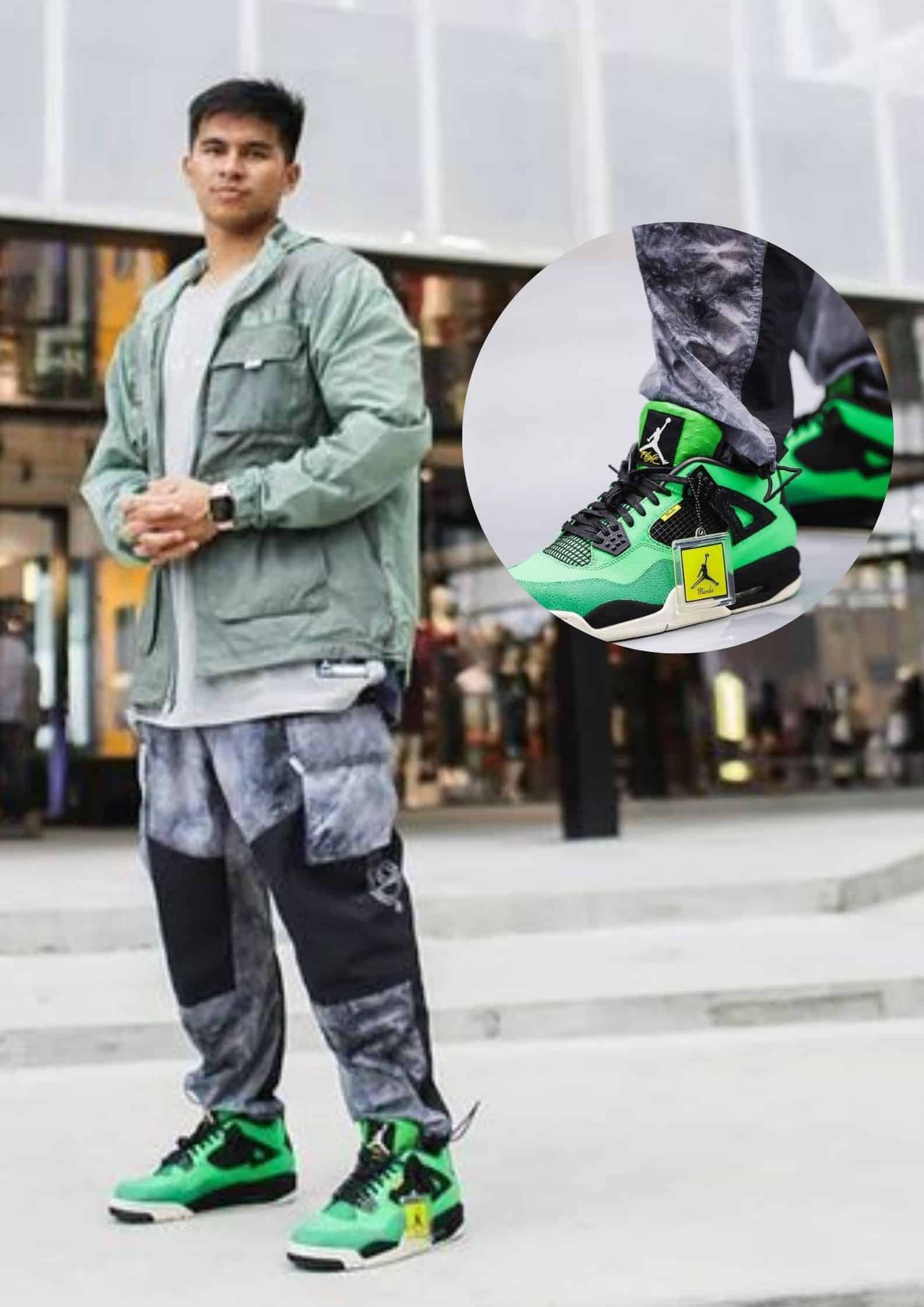 Basketball star Kiefer Ravena slammed a netizen who called him out for already wearing the limited Air Jordan IV Manila edition, which is set to be released in a few days.

The Philippine-inspired sneakers, which will drop on Thursday, December 3, will only have 150 pairs available. According to Philstar.com, the shoe’s colors are “closest to every Pinoy heart” with green for the “lush tropical islands” of the country, while the hints of red, blue and yellow Jumpman hangtag as a nod to the national flag.

The release will coincide with the opening of the new Jordan Brand store in the country — the first in Southeast Asia — located at High Street South in Bonifacio Global City.

Kiefer, in an Instagram post on Monday, shared that he’s “blessed to be one of the first to rock” the special edition of the fourth signature shoe designed for Chicago Bulls legend Michael Jordan.

This, however, did not sit well with a netizen who shared a photo of the NLEX guard sporting the highly coveted pair in a Facebook post and claimed that it’s only being made available to “friends and family” of the shoe brand.

According to Nike Philippines, those who want to avail of the Air Jordan 4 Manila will have to join a raffle. Confirmed members eligible for the raffle will be notified via e-mail today, December 1.